Warm spring weather in Sebastian and the American alligator 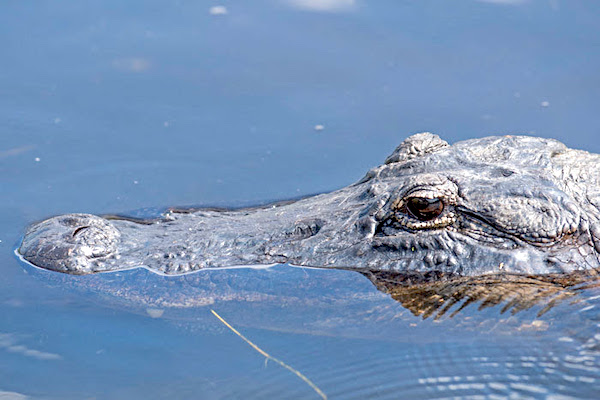 SEBASTIAN – The American alligator, Florida’s state reptile often seen in Sebastian and surrounding areas, is an important part of Florida’s wetland habitats. This large reptile is found throughout the state in freshwater lakes, ponds, swamps, and slow-moving rivers.

During spring, alligators become more active and visible. When temperatures rise, their metabolism increases and they begin seeking prey.

Although alligator bite incidents resulting in serious injury are rare in Florida, the Florida Fish and Wildlife Conservation Commission (FWC) recommends taking precautions when having fun in and around the water.

Because alligators control their body temperature by basking in the sun, they can be easily observed. If you see an alligator, keep your distance.

Also, never feed alligators because it is dangerous and illegal. When fed, alligators can overcome their natural wariness and learn to associate people with food.

Alligators are most active between dusk and dawn. To reduce the chances of conflicts with alligators, swim only during daylight hours and in designated swimming areas.

The FWC also recommends pet owners keep their animals on a leash and away from the water because pets can resemble an alligator’s natural prey.

The FWC places the highest priority on public safety and urges people who believe an alligator poses a threat to people, pets or property to call FWC’s toll-free Nuisance Alligator Hotline at 866-FWC-GATOR (866-392-4286).

When someone concerned about an alligator calls the Nuisance Alligator Hotline, the FWC will dispatch one of our contracted nuisance alligator trappers to resolve the situation. The FWC also works diligently to keep Floridians and visitors informed, including providing advice about living with alligators.

The American alligator is a conservation success story. Florida has a healthy and stable alligator population, which is estimated at 1.3 million alligators of every size. Learn more about alligators at MyFWC.com/Alligator.