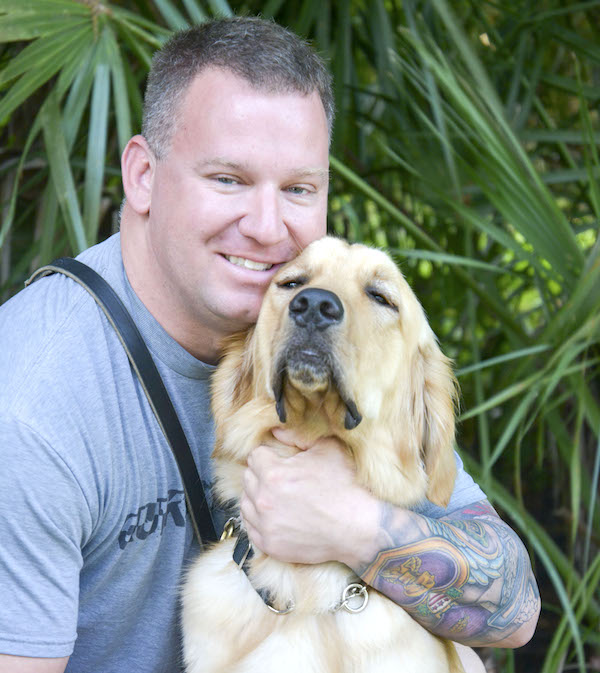 Among battle buddies, the military is a tightknit family with traditions and patriotism that are passed down for multiple generations. Following in the footsteps of his late grandfather and late father, Army Veteran Mike Warren of Vero Beach says he and the Army were meant for each other. He never expected, in his words, to go “from hero to zero when [he] was blown up.”

Warren medically retired from the Army in 2008, after multiple combat injuries, including being shot in the chest and suffering from a traumatic brain injury and broken back. Returning home brought darker hours for the two-time Purple Heart recipient who was plagued with frequent nightmares and anxiety.

After six years of angst, Warren discovered K9s For Warriors, a nonprofit organization that rescues and trains service dogs, then matches them with veterans living with PTSD, TBI or other trauma as a result of military service post-9/11. Warren graduated the program with Goose, a new battle buddy who helped mend his broken spirit and reunite his family.

On Thursday, February 23, Warren will recount how his service dog helps him overcome the lasting effects of combat trauma. Army Ranger Veteran Mike Landers, Stryker’s Commercial Lead and Director of Robotic Services, will present a Stryker vest and $20,000 donation for the sponsorship of a service dog to Tim Crosby, the community partnerships manager at K9s For Warriors.