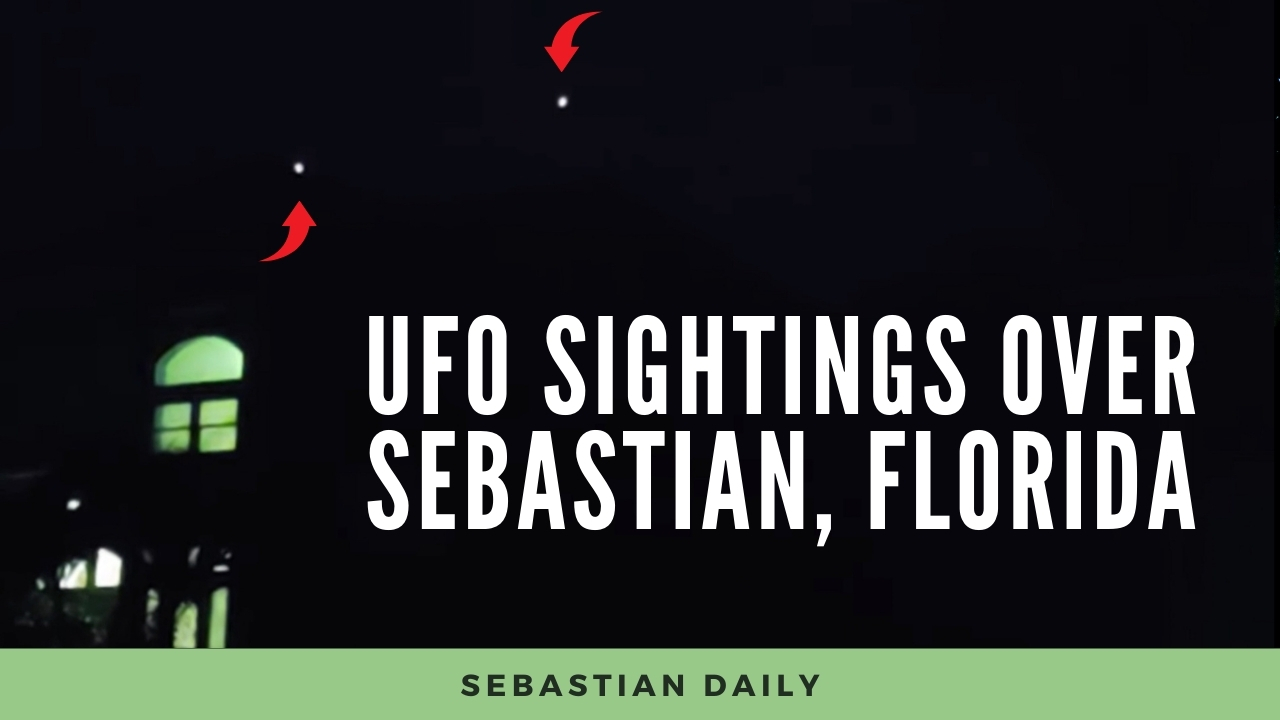 UFO sightings in the sky

It’s not the first time we’ve seen what appears to be Unidentified Flying Objects (UFO) in the skies over Sebastian, Florida, and surely it won’t be the last.

Last Saturday night, several orb-looking UFOs were seen changing colors from orange to white as they moved across the sky. They appeared to move in a formation before they faded out.

You can watch the entire video here.

Michael Evanchik, a Sebastian resident and local musician, began recording the strange lights from Indian River Drive. He said they were about 2,000 feet up in the sky.

Evanchik said he was riding south on Indian River Drive in Sebastian at approximately 9:00 p.m. when he noticed the orange flickering lights or orbs. He had never seen them before. They had no sound, and he said it was definitely not an airplane or a helicopter.

“It was really strange. I watched them for approximately 5 minutes or more before I took my phone out. I was on my motorcycle and pulled over, trying to balance the bike at the same time and record. That’s why it’s a little shaky,” Evanchik told Sebastian Daily.

In the video, you can see several UFOs moving across the sky, blinking and changing colors. Some lights faded out while others appeared out of nowhere.

Some people speculate that they may have been drones or flares.

However, we are just south of Cape Canaveral, where the Kennedy Space Center is located. A spokesperson for NASA watched the video and said it doesn’t look like anything they did.

So what was it?

Benefits of Stretching As We Get Older