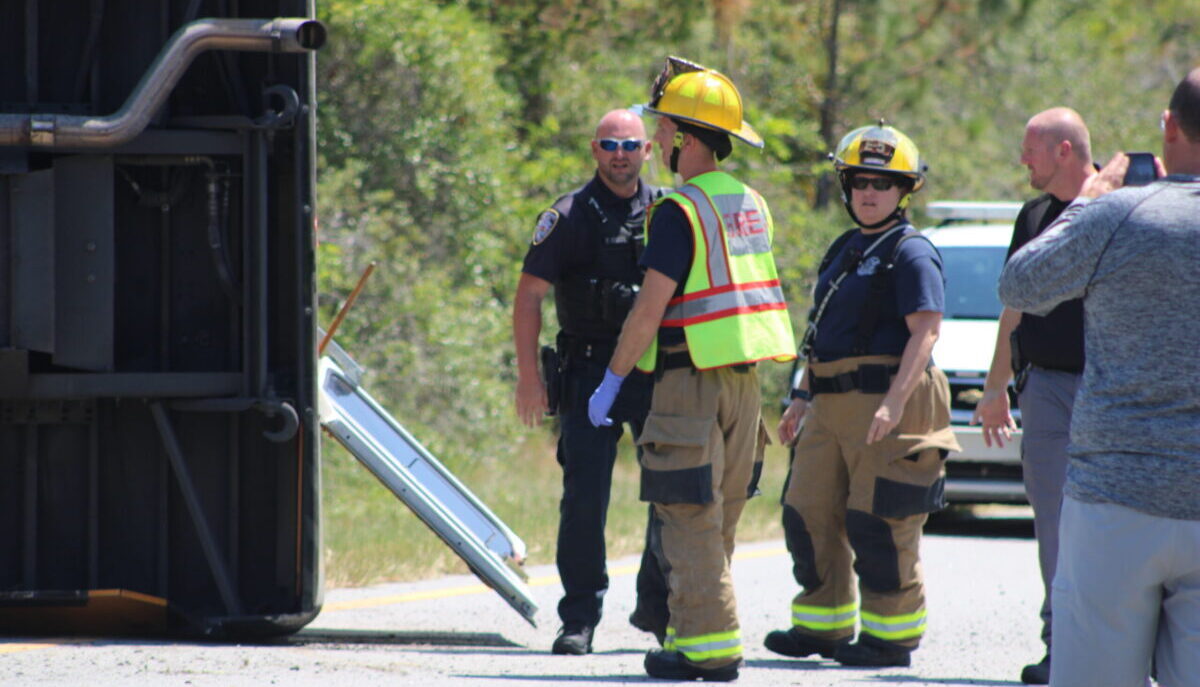 The Florida Highway Patrol cited the driver of a Sysco truck for careless driving in the Sebastian school bus accident on June 10, 2021. The bus was taking children home from a Storm Grove Middle school summer camp.

FHP told Sebastian Daily that the truck was in the right lane when it made an improper lane change, striking the bus before it flipped over on its side.

There were a total of 17 children and 1 adult on the bus, 2 of the middle schoolers were transported to Sebastian River Medical Center with minor injuries, and one, a 14-year-old male, was airlifted to St Mary’s hospital with more serious but non-life threatening injuries.

Once a trooper arrived at St. Mary’s, they were told the 14-year-old was in stable condition. Both children were released from the hospital that same night.