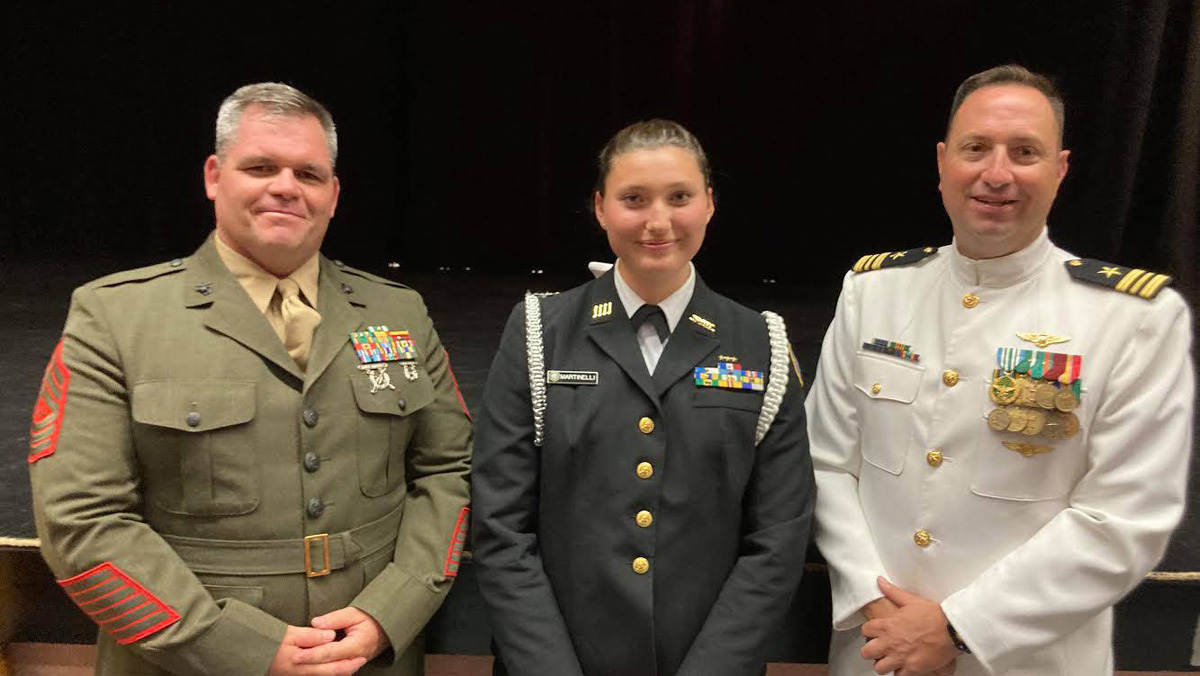 The Gilliam Award recognizes student leaders actively involved with NJROTC, and the winner is almost always in the top 5% of their class. Gilliam applicants must have a superb academic record, a documented commitment to their NJROTC unit, and lots of activity outside of NJROTC.

The Gilliam winner is a “true top one-percenter” in multiple areas.

Cadet LCDR Martinelli is ranked #2 in her class. She is the unit Senior Cadet, having just completed a very successful Commanding Officer time period.

Martinelli is an accomplished swimmer and has been offered appointments to the U.S. Naval Academy, U.S. Coast Guard Academy, and the Merchant Marine Academy. According to the Navy Junior Reserve Officer Training Corps, Area Seven Manager, Commander Patrick Thurman, “This year was by far the toughest selection for this award in my time in this position.”

Legion Cadet of the Year Award

The Legion Cadet of the Year Award annually recognizes student leaders actively involved with any JROTC program in the state of Florida. Cadets must be recommended by their senior instructor and are in competition with all JROTC cadets around the state of Florida. Cadet Martinelli will be presented with the award and a scholarship for $2500 later this summer at a state American Legion ceremony.

Cadet LCDR Martinelli is ranked #2 in her class and will graduate with an impressive 4.7 weighted GPA. She is currently the Navy JROTC Unit Senior Cadet Advisor, having just completed a very successful Commanding Officer time period.

Ms. Martinelli is also 1 of 5 siblings to graduate from SRHS, and all of them have received appointments to military academies! An accomplishment that is certainly not common. They may be the only family in the state and/or country to accomplish this feat.

The Martinelli students who graduated from SRHS and have attended military academies are as follows: