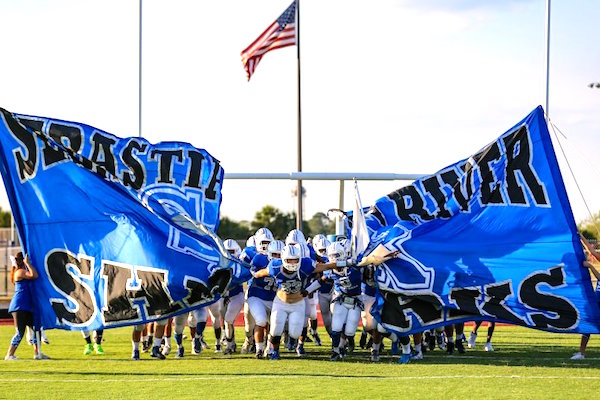 Sebastian – The homecoming game for the Sebastian River Sharks was an exciting night after the team defeated the Port St. Lucie Jaguars 38-0 on Friday night.

The team won the district champion, which is only the second time in the school’s history.

The football game was delayed by 90 minutes because of a scheduling conflict with officials. The delay forced the halftime show to begin before the opening coin toss.

The Sharks are still undefeated with an impressive 8-0 record.

Sebastian River claimed the district championship long before the game ended. But head coach Kevin Pettis said his team needs to stay focused and finish out the season.

The team will travel to Eau Gallie on Friday, and they hope to end their perfect season at Vero Beach on Nov. 4.