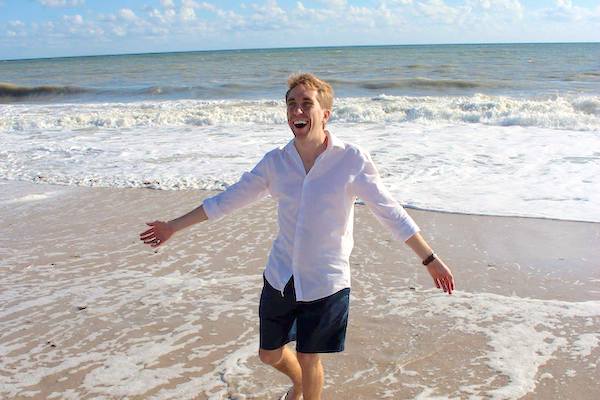 The Night’s House takes place on the shores of Cape Cod and is a Nicholas Sparks type love story about a young author who falls in love with one of his fans. They start their family together, but as his fame and fortune increases, he does not handle it well.

Both he and his wife begin making some questionable life decisions, and they just about get to the point where they decide to call things quits, but a national tragedy forces them to reevaluate their love for each other.

“I was reading Sidney Sheldon in high school, and his thrillers made me interested in attempting to write. I pulled some elements from Nicholas sparks as well,” Kinkle stated when asked where he got his inspiration.

Advice to anyone who is thinking of writing, “It would be that you have to write. What makes a writer is that you write, and even if you think what you worked on in any particular day is not really that worthy, save it because your opinion of it could change in a week, a month, or a year. That is advice that comes from Anne Rice, whose process I very much appreciate,” Kinkle stated.

So far, The Night’s House novel has received 5 out of 5 stars on Amazon.

The Night’s House novel by Ethan Kinkle can be purchased online at Amazon.

Hop on a Brews Cruise at Capt Hirams Resort

Blue Pit Bull Nilla is Ready for her Furever Home

Blue Pit Bull Nilla is Ready for her Furever Home