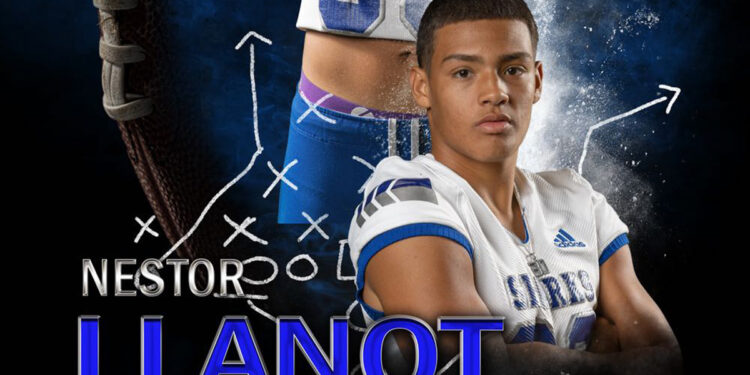 The SRHS Varsity Football team will be traveling to Titusville for their second official game on Friday, September 2, 2022; kickoff will be at 7:00 pm.

Nestor Llanot has been playing football since he was 8-years-old. His current positions are linebacker and running back.

Llanot is enthusiastic about the football season, and he plans to do what it takes to win.

“My football goals are to do whatever this team needs me to do to help us win. The main goal for this year is to finish the year with a winning record. An academic goal of mine would be to finish high school on top and make sure I graduate,” Llanot told Sebastian Daily.

The 6’1 ft. senior thinks the world of his coaches and teammates.

“The coaches and this team literally mean everything to me, like we’ve all been through thick and thin together. I would go to war for them no matter what the circumstances. They’ve all seen me play since I was a freshman till now, and they all push me to be the best player and man I can be. I love them and shark nation,” Llanot stated.

His interests outside of football include hanging out with friends and working out.

After graduation, Llanot plans on attending a trade school for welding, entering the automotive industry, or joining the military to serve our country.

Devin Felton is a 6’3 ft offensive and defensive lineman with a 3.8 GPA. He’s been playing football since he was 11 years old.

His football goals for the year include finishing strong!

“My football goals are to get better as a team every day and finish this year with a winning record,” Felton told Sebastian Daily.

His ultimate academic goal is to get accepted to the University of Alabama. After that, Felton wants to get his nursing degree and become a travel nurse or go into the coast guard.

Outside of football, the young man enjoys working out and going to the beach with his boys.

Felton has formed strong bonds with his coaches and teammates at Sebastian River High School.

“The coaches and team mean the world to me. Over my years at Sebastian River, bonding with the coaches and sapling in all of their knowledge has really built me as a better player,” the player stated.

“Bonding with my teammates and working with them day in and out has strengthened all of my relationships. I’d go to war for them anytime and anywhere, no questions asked,” Felton added.

For tickets to any of the Sebastian River High School Football Games, visit Ticket Spicket.