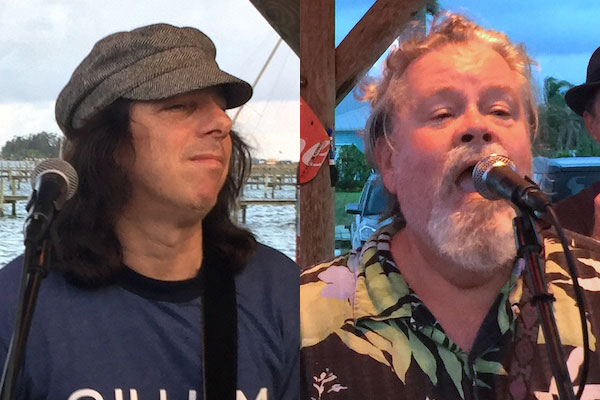 Musicians Making Waves is a free concert to bring up the importance of voting.

The whole idea happened one night when musicians Dave Scott and Mike Brown were talking about a few political issues. Scott talked about the importance of voting for the issues and not just a political party.

“Dave said he was worried about what kind of world he was leaving his son. I said maybe we could do something so that we could help people realize how important it was that they voted,” Mike Brown told Sebastian Daily.

Brown said he didn’t know much about politics, but can entertain the crowd. The two reached out to other fellow musicians about a concert with the use of subwoofers for home use.

“After speaking with many of my musician friends, I realized that many of us have the same opinions on most political issues. The last couple of years I became very outspoken on Facebook about my opinions. I’ve been told by so many people on Facebook, that I should be quiet and just play music. I don’t normally say anything at my shows, so I thought, let’s make a platform for all local musicians to have a voice,” Dave Scott told Sebastian Daily.

While Brown and Scott planned the event, they also credit other musicians for their contribution.

“I would like to credit all the bands/musicians who are contributing their talent and asking nothing in return. April ‘Deja’ French, Mike O’Brien, Nightfly, The Mixers, The Friends & Neighbors Band and my bandmates from Tumbleweed,” Scott said.

April French is the lead singer of the local band “Ladies of Soul.” She says music for her is about uniting.

“Music for me has always been therapeutic. More so than that it has the ability to unite. That’s what’s so magical about it. Notes, cords, lyrics all coming together to heal,” French said.

The band Nightfly will also be present, performing some of their original songs from their CD release party.

“We’re happy to be participating in this event, and we’ll play some of our original songs,” Seth Bernstein told Sebastian Daily.

“So happy and excited to be participating alongside some of the best musical talents on the Treasure Coast and beyond. Looking forward to hearing Nicole and Sanjay speak at this magnificent event,” Mike O’Brien said.

Scott wanted to have the event at Riverview Park in Sebastian, but it fell through.

Pete Anderson of Pareidolia Brewing Company stepped in and provided his parking lot as a venue for Dave Scott and the musicians.

While there are no beer specials for the event, Pareidolia will donate $1 for every glass of the Estuary IPA towards the Marine Resource Council to help the Indian River Lagoon.