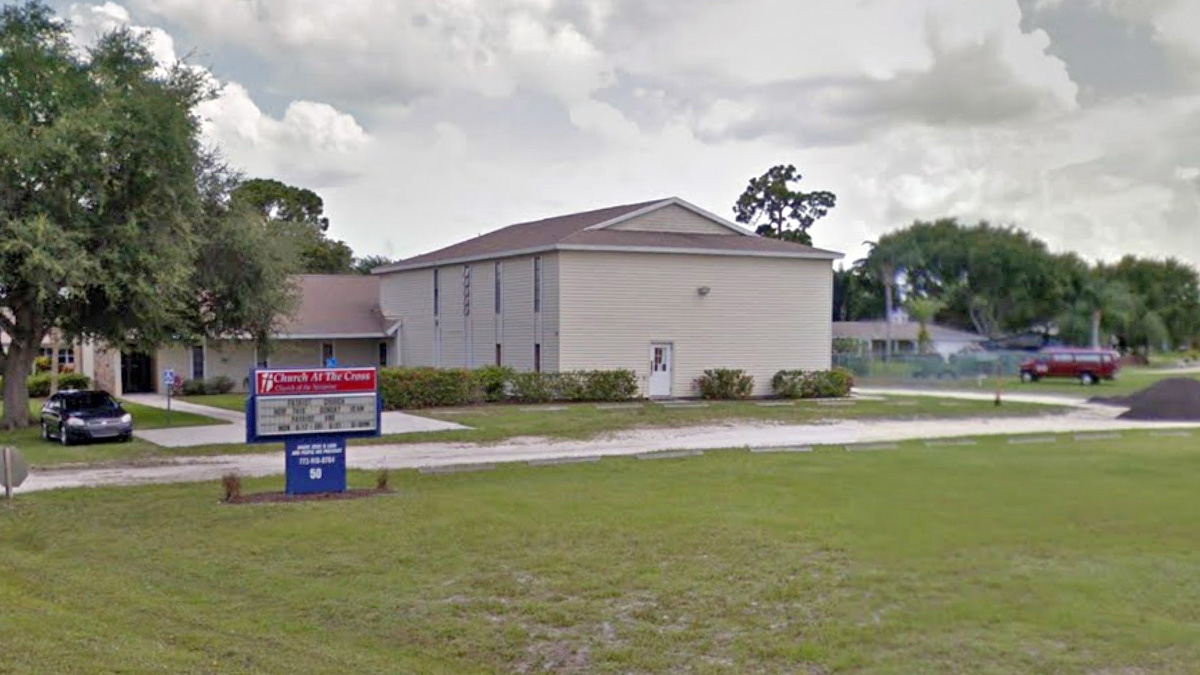 Church at the Cross

Many residents have contacted us about a partisan group wanting to host a Sebastian City Candidates Forum and Town Hall meeting at a local church. Citizens are voicing their oppositions, citing Separation of Church and State and concerns about the group spearheading the venue.

There’s a lot more to this story, and we’ll get into the facts shortly. But first, let’s talk about the Separation of Church and State.

It’s not uncommon for churches to host Town Hall meetings, but very few will host one that involves a political race. Separation of Church and State defines a political distance in the relationship between religious organizations and the state.

Also, some churches have polling stations during an election, but it’s all controlled by the Supervisor of Elections and not the church or religious center.

The partisan group is Sebastian Warriors for Trump. They have also made their Facebook page private, only allowing others who have been invited and without any transparency, unless they approve you to enter.

The group wanted to host their City Council Candidates Forum and Town Hall meeting at the Church at the Cross, located at 50 South Wimbrow Drive in Sebastian. The pastor is John Vacchiano.

Church at the Cross

(Editor’s update: Due to public backlash, the forum has been moved away from the church. It will be held at the Elks Lodge in Sebastian.)

Pastor John Vacchiano has been at the church for a number of years, but only recently has he been vocal about his political stance. Many residents tell us that he stood on the corner of Sebastian Blvd. and US1 with others holding President Donald Trump signs. Then, when Trump lost the election, he was allegedly out there again with signs suggesting President Joe Biden stole the election.

The pastor’s wife, Alicia Vacchiano, lied on social media stating that I, Andy Hodges, went to the Church at the Cross for many years. I have never stepped foot in that church. Never, not once have I ever been there.

Residents also allege that John Vacchiano drove around Sebastian in a large pickup truck with a trailer attached to it with several Trump flags. I recall the truck but didn’t know it belonged to the pastor of the church.

When Sebastian Daily hosted its annual Sebastian City Council Candidates Forum, we saw the truck and the large trailer with several Trump flags. The truck circled our venue multiple times.

However, as a citizen, Vacchiano has every right to be on the corner holding political signs and voicing his Freedom of Speech with Trump flags on his vehicle. But his political stance and views of a candidate must remain outside the church. To maintain a not-for-profit status, a church cannot endorse a candidate.

The pastor is connected to something called “Patriot Church,” which is also seen on the church’s website. We’re not saying it’s good or bad, but it raises questions.

“Currently, the law prohibits political campaign activity by charities and churches by defining a 501(c)(3) organization as one ‘which does not participate in, or intervene in (including the publishing or distributing of statements), any political campaign on behalf of (or in opposition to) any candidate for public office,'” according to the Internal Revenue Service (IRS).

Neighbors near the church alleged that the pastor parks his truck with the Trump flags on the church property. Some Sebastian city council candidates are cautious of this and are a bit leery for these reasons.

(Editor’s update: Originally we listed “We The People Indian River County” as one of the partisan groups with a screenshot taken from the group that appeared to be an endorsement. After speaking with them today, and the person who published the photo, it was never intended to be an endorsement. In addition, We The People Indian River County is a non-partisan group as it states in Rule #3 in their group rules.)

Bucky Mello, a member of the partisan group, was going to moderate the forum at the church until there was public backlash. The forum has been moved away from the church and to the Elks Lodge in Sebastian.

Every time there’s a local election, members of different non-profit groups come out to support a candidate, and the reason is usually because of a hidden agenda. We’ve seen it time and time again.

Comments from the Public

“Why is a partisan organization hosting a City Candidate forum? If I am not mistaken, the city council members have to remain non-partisan. Also, the name of the group is the Sebastian Warriors for Trump; why are you hiding your real name. I am concerned that this is a setup for the candidates, and I am not sure I will feel comfortable there,” Mia Escott wrote on Facebook.

Another Facebook user said the political parties have nothing to do with City Council and feel they should be kept out of partisan Town Hall meetings and forums.

“It doesn’t have anything to do with City Council. They don’t run on a political ticket, and people shouldn’t vote on that. They should vote on the job at hand and if they are qualified for the job,” Jeanne Hill-Cooper said.

Another person on Facebook said that candidates usually want a neutral place to have the forums, not one hosted by a partisan group or the church.

Sebastian Daily isn’t suggesting that people should or should not go to the venue. It’s totally up to them. We also want people to be aware of what’s going on.

If any candidate decides not to participate in the City Council Forum hosted by the group and church, they should not be ridiculed or lose a vote. It will be a great disservice if people decide not to vote for someone just because they didn’t show up for this particular venue.

And honestly, citizens have gone through a lot since the recall. As a result, many of them will not allow what happened in 2019 to repeat itself.

As many people already know, we also host an annual Sebastian City Council Candidates Forum, which we’ll have in late October.