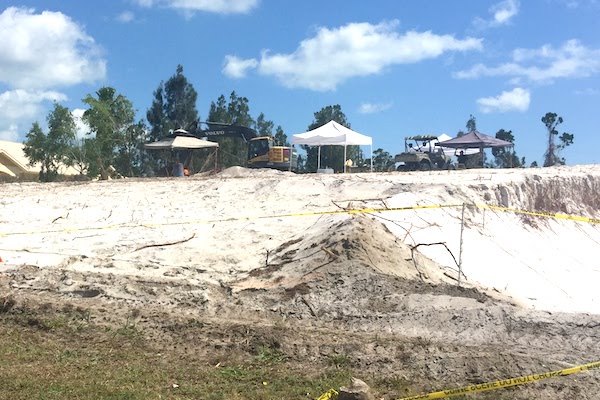 SEBASTIAN – A medical examiner has released details about the bones found near the Sebastian Cemetery last month.

Police recovered hundreds of bone fragments in a vacant lot off U.S. Highway 1 in Sebastian.

Authorities say they belong to a man buried in the lot for many years.

According to Dr. Roger Mittleman, chief medical examiner, the bones were dry and brittle. Some of them crushed, probably from the heavy machinery used by workers to clear the land for a nearby expansion of the Sebastian Cemetery.

Dr. Mittleman suggested the human remains were that of a man, “more on the older side than the younger side,” and possibly had been there for decades.

The bone fragments were discovered by a man searching the lot with a metal detector. He came across the bones when an item set off his metal detector, prompting him to further in the sand.

The man then alerted police of his findings.

We’ll continue to update on anything we find.