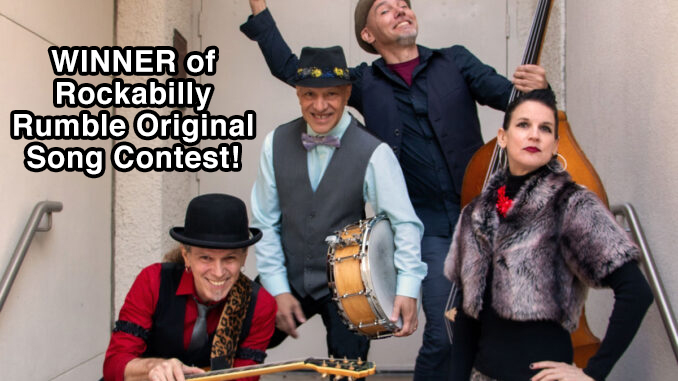 “We did! 67% to 33%. We really can’t thank you enough for getting the word out there. It would have never happened without folks like you,” the band told Sebastian Daily.

Several people in Sebastian voted for the band’s song, Wreckin’ Ball, which made it through the contest.

The grand prize is $3000, and the band will have their song produced by Slim Jim Phantom of the Stray Cats in Los Angeles. The band earned the title “Best New Rockabilly Song in the World.”

Two of the band members, Stingray and Chrystine, will be performing at Pareidolia Brewing Company as a duo called “Hairpeace” this Thursday from 6:30 pm to 8:30 pm.