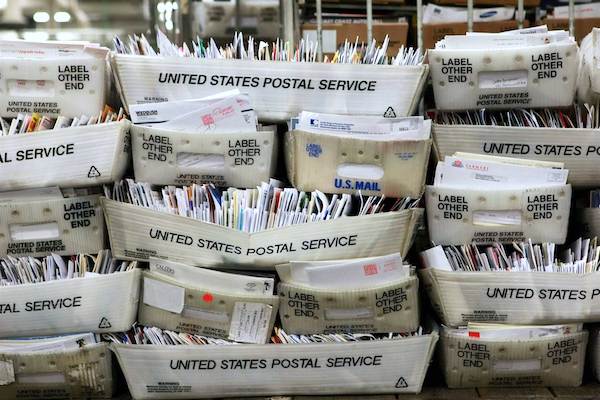 Are you missing mail from the Roseland Post Office?

ROSELAND – So far, one man is missing mail from the Roseland Post Office, he thinks it may have been stolen.

On Monday, Eric Eschmann contacted Sebastian Daily about his recent experience with the Roseland Post Office and his conversations with USPS employees.

On January 24, Eschmann mailed three envelopes with first class stamps. The stamps were purchased from the postal clerk. The clerk affixed the stamps and took the three envelopes, which contained checks totaling $10,000. The checks were for his landlord, IRA contribution, and a child support payment. About eleven days later, he found out that the envelopes never made their destinations.

“I contacted the Roseland Post Office and spoke with Luella. She told me that they had ‘numerous parcels’ missing from Jan. 23 but that I was the first person to contact her regarding missing items from Jan. 24,” Eschmann said.

The post office employee advised Eschmann that she had no idea what the process was on finding the missing parcels from Jan. 23. She suggested to either wait for the lost mail to be found or cancel the checks with his banks and try again.

“I then called USPS customer service. The best option was to speak with someone regarding fraud. They told me that unless the checks are fraudulently cashed, they will not take any action in the way of an investigation or otherwise,” said Eschmann.

The next thing Eschmann did was contact the USPS consumer affairs line. They repeated what the Roseland Post Office told him; they have no idea, and it’s just a game of wait & see.

According to USPS, a person can file a claim for lost mail after 15 days.

Eschmann said he has three envelopes collectively containing over $10,000 worth of checks floating around out there that were entrusted to United States Postal Service. Everyone agrees those envelopes should’ve made it to their destinations within 3 days, but it’s been longer than 11 days now.

Last November, the Vero Beach Police Department announced its investigation after multiple checks were stolen out of USPS mailboxes. The suspects were utilizing a device or sticky substance to retrieve the pieces of mail.