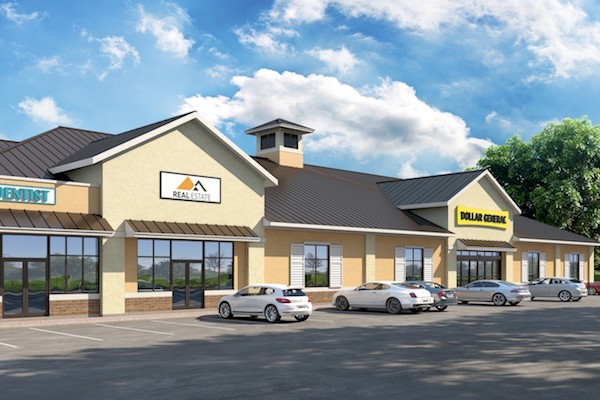 Another Dollar General store will go into a new plaza where the Exxon used to be in Sebastian. Photo: LoopNet

SEBASTIAN – A new Dollar General store in Sebastian is going into a new plaza where the vacant Exxon was just torn down near CR-512.

This comes days after several of our Sebastian Daily readers joked of what may be built at the location.

Some people, jokingly, predicted another auto parts store, or another dollar store, or a Dunkin’ Donuts.

“Well, somehow I guess it’s essential to have a Dollar General every 3 miles,” Jeff Golden wrote on our Facebook page.

Jeff is probably right, since there are Dollar stores everywhere in this town. As if Sebastian doesn’t already have enough of them.

The town has a Family Dollar on Fleming, next to the bowling alley.

The race to build all these stores started after the Dollar General was built next to Burger King on CR-512.

Then, the Dollar Tree recently expanded by moving into a new building across from Ay! Jalisco on U.S. Highway 1.

A few miles north into Micco, at the entrance of the Barefoot Bay community, a Family Dollar store was built.

Soon after, next to that, a Dollar General store was built. So now Barefoot Bay residents have both stores to choose from, side by side.

And now, on the same CR-512, the new one is going where the Exxon gas station used to be. Oh, but don’t forget about the Dollar General we already have in the Roseland Plaza.

Does this town have enough room for another dollar store?

Dollar General has been around for over 75 years, according to the company’s website.

Dollar General seems to be following Family Dollar and the Dollar Tree across the nation.