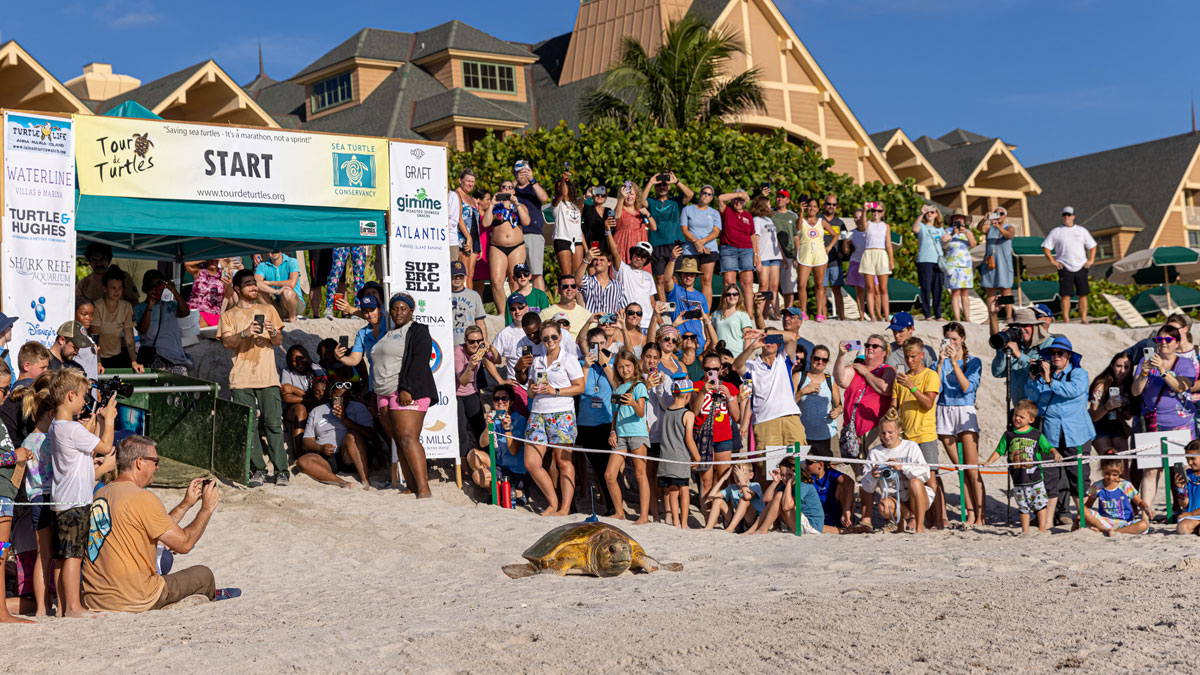 The Disney Vero Beach Resort hosted the event on Sunday, an educational initiative that follows sea turtles from their nesting beaches to their feeding grounds. Each turtle swims to raise awareness about various threats to sea turtle survival.

The Disney Conservation Fund each sponsored a turtle this year, known as Neytiri and Ronal, inspired by the upcoming premiere of “Avatar: The Way of Water.”

Using satellite telemetry, the Sea Turtle Conservancy will track Neytiri and Ronal along with 19 others to determine how far and where sea turtles swim during their annual migration. The one to swim the furthest distance wins Tour de Turtles.

“Disney’s commitment to sea turtle conservation in Vero Beach spans almost 20 years, and we are very proud to have recently watched our 1 millionth sea turtle hatchling leave the nest and shuffle its way to the ocean,” said Mark Penning, Vice President of Disney’s Animals, Science and Environment (ASE).

The Disney Conservation Fund recently awarded a grant to the Sea Turtle Conservancy to develop two educational initiatives that will train Brevard County youth to become future stewards of the environment and sea turtle conservation.