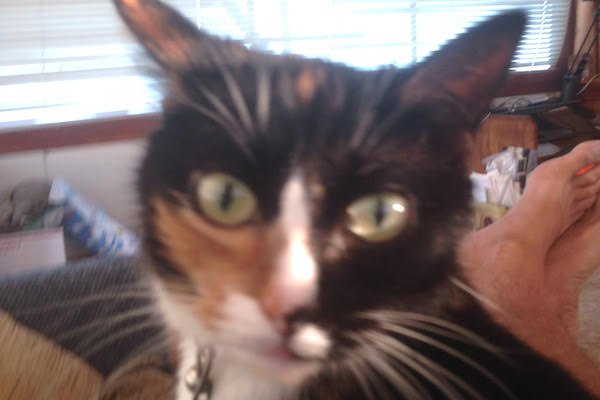 SEBASTIAN – A cat named CC alerted his owner when he saw a 15-year-old boy in the water screaming for help near Captain Hiram’s in Sebastian.

Captain Jim lives on his boat, Dewers & Lures, with his cat CC at the end of the dock at the Captain Hiram’s Marina in Sebastian.

On Monday night Captain Jim was laying on his couch and CC, short for Calico Cat, was persistently meowing and would not leave a boat window.

The voice was that of a 15-year-old boy whose boat came apart after hitting something in the river. The young teenage boy told the Dewars and Lures Capt. that he had a family member who was still in the water.

“The waters were very choppy and cold that night,” stated Captain Jim. “The young boy was about done,” he added.

He got the boy out of the water and called authorities who rescued his family member.

The Captain has a home in Orlando. Luckily, for the young men, he and CC were on the boat that night.

CC received a whole can of tuna fish for her life-saving persistence!