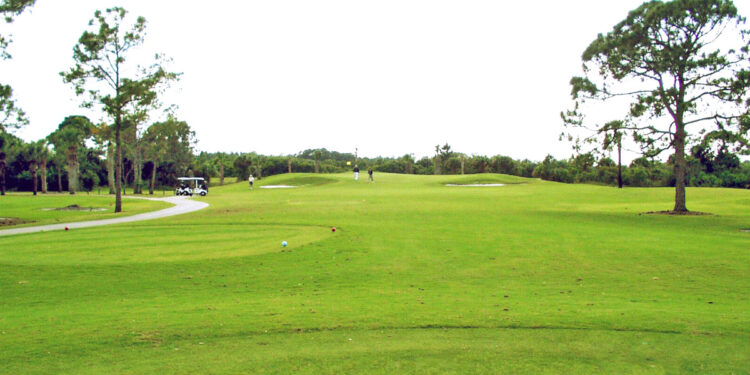 The City Council approved $528,640 for new golf carts with GPS for the Sebastian Municipal Golf Course. City officials say the monies used to pay for the golf carts will come from the golf course reserves.

A few years ago, the city replaced all the batteries in their golf carts, hoping to extend their life, but they started having mechanical issues. So, they feel it is time to bite the bullet and replace them.

The Sebastian Municipal Golf Course is earning more than before, with steady earnings of $1.5 million in 2021 to $1.75 million in 2022. There are approximately 166 rounds of golf played per day on average.

City Manager Paul Carlisle said the GPS feature on the golf carts has many capabilities, including messaging slow-playing golfers to pick up the pace to prevent other players from being aggravated. In addition, it also allows them to manage the carts more effectively.

Golfers can also use its features to order food from the Pelican Diner while on the course.

“All of that is done to help create a more positive experience on the golf course,” said Carlisle. “I think it’s something that sets us apart.”

Mayor Fred Jones also spoke about the benefits of the golf carts having GPS, stating that it will help prevent golfers from driving the carts on the course where they don’t belong, such as up on the green, causing more maintenance. Jones also said it would help speed up play and help preserve the city’s golf course.

Vice-Mayor Chris Nunn said the city’s golf course is highly used and pays for itself, and the new vehicles are needed because the current golf carts are in bad shape.

Nunn said the new carts would give the golf course a financial boost down the road.

Councilwoman Kelly Dixon echoed Nunn’s statements and said the new carts are long overdue as they are nearly impossible to steer.

Council member Bob McPartlan said it’s the cost of doing business but asked the city to ensure a good warranty. He also said as long as he’s been on the City Council, they have had maintenance done on the carts and replaced batteries that cost upwards of $50,000 to $100,000.

“It is the cost of doing business, you need to have reliable parts, and the GPS is a good idea,” said McPartland.

Carlisle said the city would address those concerns in the contract with the golf cart seller, Club Car.

Weekend Events and Entertainment for Jan. 13-15 in Sebastian, Florida