Sebastian business may have to move due to code enforcement 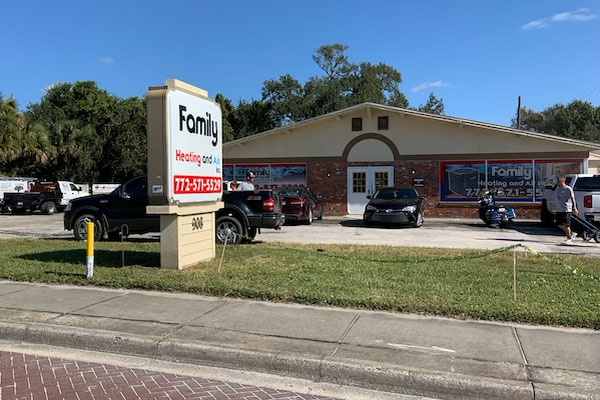 During the Thanksgiving Day holiday, we were told about a petition for Family Heating and Air that has been circulating to keep their current location at 908 U.S. Highway 1 in Sebastian.

When the company moved in, they spent money on a new sign, fixed up the windows, and gave the building a small makeover.

“Not even a day into the new location code enforcement was there complaining about the windows and the sign saying that Family Heating and Air was advertising too much,” a source told Sebastian Daily.

“Then, the next reason was that they were not part of the River District Plan, and it’s not what the city had in mind for that space,” the source said.

A company spokesperson confirmed that someone from the city did complain about the sign and windows, as well as the River District Plan.

Sebastian Daily did speak with someone at the city about the matter, and they are looking into it. However, we probably won’t know more until next week.

According to the petition, Family Heating and Air moved into a new location next to Dunkin’ Donuts on U.S. Highway 1.

“Family Heating and Air recently moved to 908 US Hwy 1 Sebastian; however, the city does not want them there! You would think the city of Sebastian would want to support a local small family business, but no, the city is trying to push them out of that location! They do not want that type of business there? And by type of business, I mean an Air conditioning company!! The owners of the business have been apart of the community for 30+ years, and this is what they receive from the city of Sebastian. I am asking for help in keeping them where they are & help support this small local business, all you have to do is sign this petition & you can do your part in helping Family Heating and Air Inc, other businesses can be along US HWY 1, but they cannot?”

In fairness, there are specific rules about commercial signs in Sebastian and what can be displayed in the windows. However, what got our attention was the company feels the city is trying to push them out of their new location, citing the River District Plan.

The statements made by code enforcement may be a case of miscommunication.

At this time, employees at Family Heating and Air feel their jobs are on the line until the matter is resolved.

We will follow up sometime next week after the city reviews the matter.