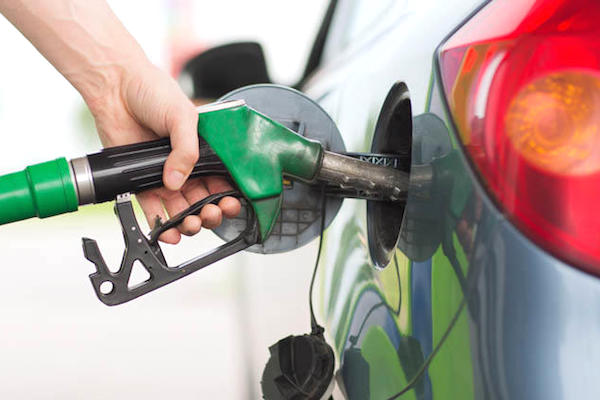 Gas prices have skyrocketed to $4.38 in Sebastian, Florida. It’s the first time in 14 years that the average gas price is above $4 a gallon.

Farther south, at the corner of CR-510 and U.S. Highway 1, the Mobil station at 7-Eleven jumped its price to $4.49 on Sunday. The Speedway changed its price to $4.39 a gallon just after midnight. Murphy USA at Walmart is near $4.38 a gallon.

The lowest price for gas that we found was at Sunoco on CR-512 on Monday at approximately 8:30 a.m. Even so, the prices at each gas station continue to change.

The gas prices surged higher last week, smashing Sebastian’s previous record-high of $4.08 per gallon, which was set in July 2008. A year ago, residents were paying $2.85 at the pump.

Throughout the past two weeks, local gas prices rose a total of 90 cents per gallon. The cost to fill an average 15-gallon tank of gas is now around $65, making it $23 more than what drivers paid this time last year.

But on the political front, many people blame the higher prices on President Joe Biden and are worried about a stagflationary recession. People believe that the Keystone Pipeline could help our country become less dependent on overseas oil.

“The surge in fuel prices was driven by global supply concerns, as sanctions and regulations against Russia has limited the world’s 3rd largest oil producer from moving its oil in the market,” said Mark Jenkins, spokesman, AAA – The Auto Club Group.

“After 7-consecutive trading days, that upward momentum finally came to a halt last week. Prices moved lower on reports that the U.S. and other countries were examining ways to increase global fuel supplies. Regardless of this, fuel prices remain extremely volatile right now, so it’s hard to know what drivers should expect next month, let alone next week,” Jenkins added.

Nevertheless, the working class is punished the most with record-high gas prices, which is over a war in Europe. The self-employed businesses that rely on gas to cut lawns or travel are hurting the most. They don’t understand why America buys oil from countries that hate us.

But it’s not just America that is hurting with high gas prices, it’s global. We can only for relief in the coming weeks.