Damien Gilliams returns $5,000 grant monies to the City of Sebastian 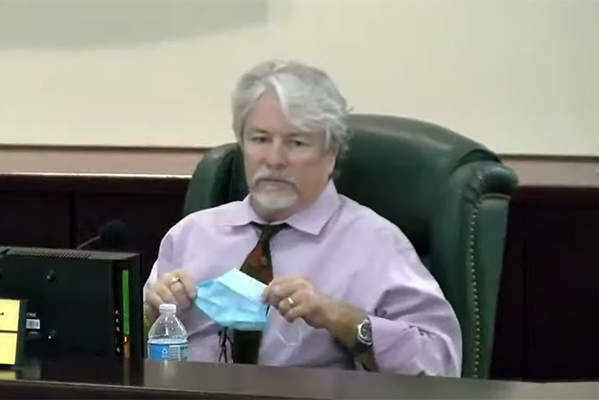 Sebastian Daily has learned that former Councilman Damien Gilliams has returned $5,000 in grant monies that he received for his real estate business.

On the grant application, Gilliams claimed losses from the Airbnb portion of his business.

Damien Gilliams still faces criminal charges for violating the Sunshine Laws from an alleged “illegal” meeting on April 22, 2020, when he appointed himself mayor and attempted to fire city staff with former council members Pamela Parris and Charles Mauti. He also faces a perjury charge after he allegedly lied to the State Attorney’s Office.

The next scheduled court hearing before the trial will be October 28, 2020.

Last month, Damien Gilliams and his son, Damien Lee Gilliams, were accused of committing campaign finance violations. Gilliams accepted an in kind donation from his son to publish Facebook ads during the recall. The amount was over the maximum allowed. They have since corrected it by filing an amended report.

On Sept. 15, 2020, the voters of Sebastian recalled Damien Gilliams, Pamela Parris, and Charles Mauti. Over 91 percent of citizens who voted chose to recall all three council members.

The recall attracted national attention after making history in Florida.