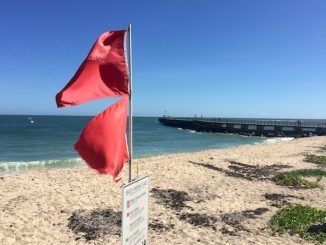 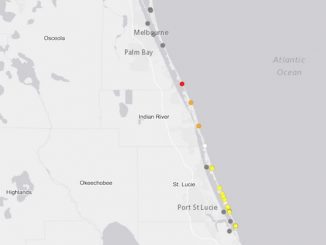 SEBASTIAN – Florida Fish and Wildlife Conservation Commission has confirmed Red Tide is active in three areas in Sebastian and Vero Beach, becoming the most severe outbreak on the East Coast of Florida. The most […] 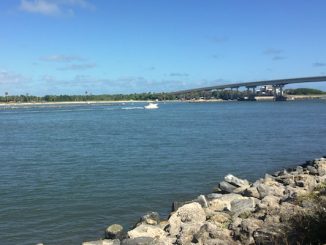 SEBASTIAN – While homeowners and beachgoers are experiencing health problems near Wabasso and John’s Island, officials are slow to admit that Red Tide is in Indian River County. Part of the reason is that the […] 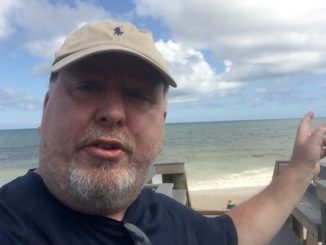 SEBASTIAN – Just a few hours after Sebastian Daily broke the news that Red Tide was seen in Vero Beach south of the Sebastian Inlet, Indian River County officials say they were working to “assess […] 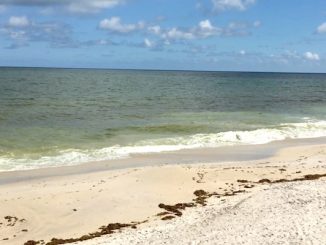 SEBASTIAN – Sebastian Daily contacted the Florida Fish and Wildlife Conservation Commission (FWC) Monday after receiving calls from people claiming to have red tide symptoms. Last week, we reported that there were no signs of […] 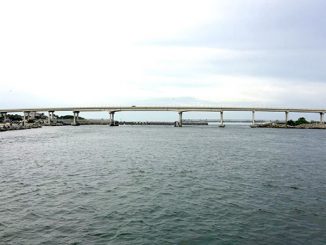 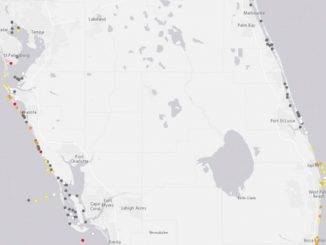 SEBASTIAN – Right now, Red Tide does not exist in Sebastian or Vero Beach, although it’s been detected down south in Palm Beach County. The Florida Fish and Wildlife Conservation Commission (FWC) has provided an […]

SEBASTIAN – Lake Okeechobee discharges to the St. Lucie River will resume Friday, according to the Army Corps of Engineers. Residents in St. Lucie County and Indian River County are concerned as most of Lake […] 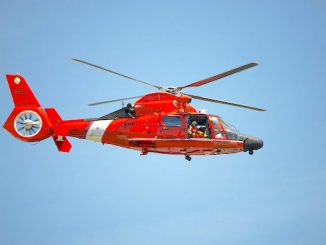 WABASSO – Local agencies and the U.S. Coast Guard are searching for a swimmer who may be missing from Wabasso Beach Park, officials said. A beachgoer reported a man missing just before dark Saturday, which […] 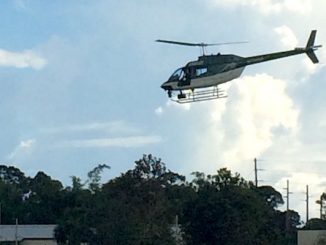