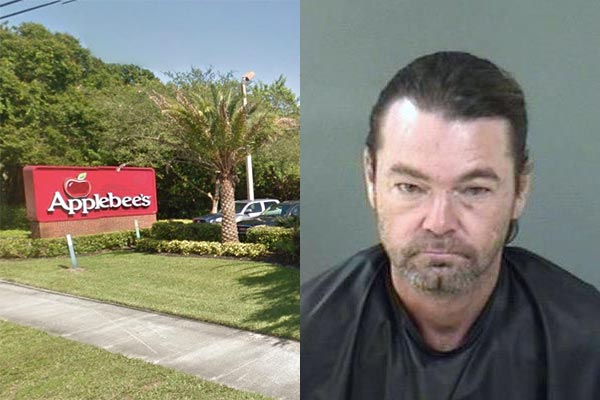 Man tells deputy he doesn't want to go to jail in Vero Beach because they don't serve beer.

VERO BEACH – A 49-year-old man told deputies he didn’t want to be arrested because the jail in Vero Beach doesn’t serve beer.

On Saturday, the Indian River County Sheriff’s Office received a call about an intoxicated person standing in the roadway near the Vero Beach Applebee’s.

Deputies made contact with Terry Whitmore who was sitting on the side of the road and advised that he would leave the area immediately. He also apologized and said he lived in the homeless camp behind the location.

“I watched as Whitmore then looked back at me and turned and walked onto 53rd Avenue between Applebee’s and Walmart,” the deputy wrote in the report.

Whitmore then walked into the middle of the road and straddled the yellow line, swaying back and forth into oncoming traffic.

Then, a white 4-door Toyota stopped in the roadway to avoid striking Whitmore. The vehicle waited to proceed until Whitmore was away from the vehicle.

The deputy then rushed to Whitmore and detained him before he caused another issue in Vero Beach. Whitmore had a strong odor of alcohol emitting from his person.

Whitmore said he did not want to go to jail because they do not serve beer, but placed both hands in front of him and said, “I am ready,” the report said.

Whitmore was arrested and charged with disorderly intoxication. As of today, he’s still at the Indian River County Jail.