Vero Beach Man Exposes Himself At Beach Near Waldo’s 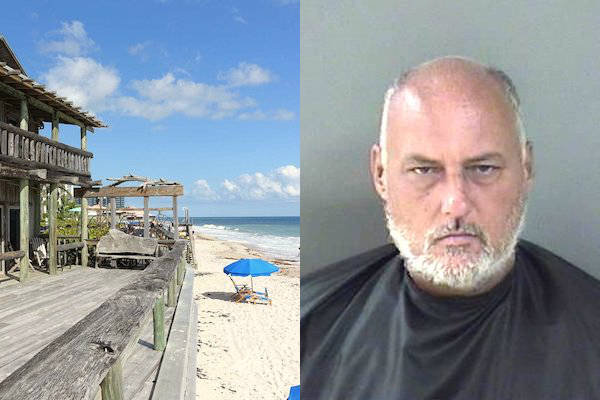 A was arrested for exposing himself in Vero Beach near Waldo's Restaurant.

VERO BEACH – A man who exposed himself to a woman in Vero Beach had no idea she was a retired federal law enforcement officer with the Department of Justice.

On Wednesday, at approximately 10:35 a.m., the Vero Beach Police Department received a call from a woman who said a man exposed himself directly behind Waldo’s Restaurant on the beach.

The victim told officers that she was on the beach when a man, identified as 48-year-old Paris J. Lapointe, kept staring at her. Lapointe was sitting about five to six yards away from the victim.

Several minutes later, Lapointe entered some bushes, removed his shorts, and exposed his genitals to the victim.

“He then began to manually pleasure himself,” the officer said.

The victim immediately called the Vero Beach Police Department about the incident.

After obtaining the victim’s identification, they learned that the victim was “a retired federal law enforcement officer who holds credentials with the Department of Justice.”

Officers then made contact with Lapointe, who was located on the boardwalk behind Waldo’s near the shower.

Lapointe told police “That lady is full of sh**, I ain’t never seen that bi*** in my life.”

Lapointe was arrested and transported to the Indian River County Jail where he was charged with Exposure of Sexual Organs.

Since 2007, Lapointe has been arrested 15 times in Vero Beach on charges that include disorderly conduct, disorderly intoxication, and trespassing.

Sebastian Homecoming with Shark Pride in the Park

Sebastian Homecoming with Shark Pride in the Park