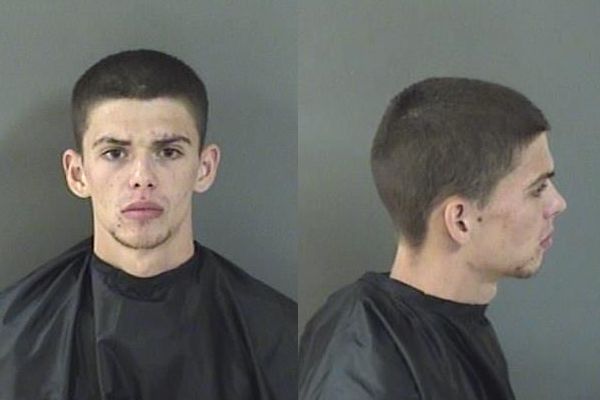 VERO BEACH – A 21-year-old man is accused of smacking and then smothering a baby for a few seconds for crying, according to the Indian River County Sheriff’s Office.

A witness called DCF to report child abuse at the home, which prompted an investigation.

DCF and deputies showed up the same day to question Eli Kahil Ceasar Strickland, of Vero Beach, as well as his wife and mother of the 22-month child.

Strickland’s wife said the incident took place when they were arguing in the laundry room of the residence with the door closed. During the argument, the 22-month old child began crying on the other side of the door.

“Strickland got upset and told her in a vulgar manner to leave,” the deputy said.

The wife then grabbed the baby and left the residence. She said the child left with her immediately after the incident and that Stickland never tried to smother the child, the report said.

The child had a red mark on her face from the slap, according to the mother.

Deputies said that based on the fact Strickland slapped the child, for simply, crying, the slap was done out of rage and anger. Investigators say the slap was an intentional act that could have resulted in physical injury based on her age, and size.

“The slap inflicted by Eli [Strickland] was done in a malicious manner wrongfully, intentionally, and without legal justification or excuse,” the deputy said. “The act does not fall under corporal punishment.”

Strickland was arrested and transported to the Indian River Jail where bond was set at $25,000.