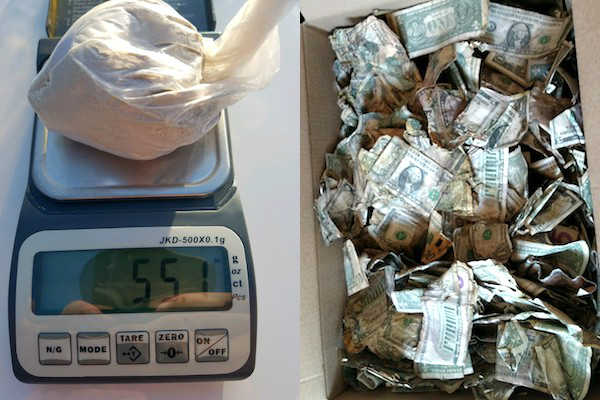 VERO BEACH – Last week, a four-month investigation culminated in the arrest of two major drug dealers in Vero Beach and other areas in Indian River County.

On Wednesday, August 16, 2017, Detectives with the Indian River County Sheriff’s Office coordinated a traffic stop on Edward Marshall Jr., 43, of Vero Beach, which yielded 55 grams of a heroin/fentanyl mix. The heroin was found in the vaginal cavity of passenger Chandal Sullivan, 23, of Fellsmere.

Both Marshall and Sullivan were charged with trafficking in a controlled substance.

“Marshall had been arrested in July 2017 for possession of heroin, cocaine, and Xanax, resulting in him receiving no bond for the most recent charges,” Major Eric S. Flowers, Indian River County Sheriff’s spokesman, said in a statement. “Sullivan remains at the Indian River County Jail on $35,000.00 bond.”

On Friday, Detectives with the Indian River County Sheriff’s Office executed a search warrant in the 6300 block of 84th Place after undercover narcotics purchases from Romance Jones, 69, of Wabasso.

“During the search, detectives located nearly four kilograms of cocaine, more than $46,000 in drug money, 359 grams of marijuana, 13 marijuana plants, and the seizure of three vehicles including a 2016 Chevrolet Corvette Stingray. Jones was arrested and charged with trafficking in cocaine, manufacture of marijuana, and five counts of sale of cocaine within 1,000 feet of a church,” said Flowers.

One overdose call occurred at a Vero Beach Publix located at 1255 US Highway 1 by a concerned citizen. The caller reported an unresponsive male sitting in a vehicle.

The second was in the 4200 block of 31st Avenue in Gifford where a female reported smoking an unknown substance she purchased.

“We have targeted top level drug dealers in the Indian River County area in an effort to reduce the number of overdose calls and to take these harmful drugs off the streets. Romance Jones was arrested for possessing 3.5 kilograms in 2000 and spent time in Federal Prison, being released from probation less than two years ago. The seizure of nearly four kilograms of cocaine from him on Friday shows that he is a career drug dealer bent on trafficking illegal substances in our county. We will not tolerate this activity, and we will do everything we can to prevent overdoses and save lives,” Indian River County Sheriff Deryl Loar stated.