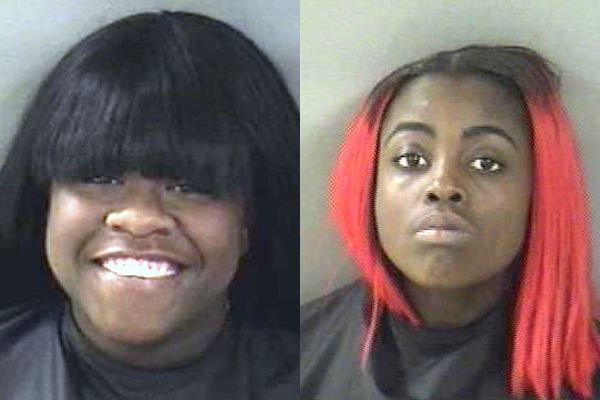 VERO BEACH – Two female suspects who were caught shoplifting at the Tommy Hilfiger at the Outlet Mall in Vero Beach were later found wearing only their bras and panties, according to the Indian River County Sheriff’s Office.

Yeashia Alexis Seme, 21, and Marsheka Keyounia Pryor, 21, were seen entering the store selecting multiple items before leaving without paying for the merchandise.

The manager ran after one of the suspects and retrieved the bags from their vehicle.

The two female suspects began running away. Deputies arrived and reviewed store surveillance, which was consistent with the manager’s statements.

Deputies searched for the suspects around the Outlet Mall and found them wearing only their bras and panties outside of a nearby hotel.

“I was informed that the suspects were trying to change their clothes in an attempt to hide from law enforcement,” a deputy said.

Seme and Pryor told deputies they didn’t do anything wrong, and that the store manager told them nothing would happen if they returned the stolen merchandise.

Seme and Pryor were arrested and transported to the Indian River County Jail where they were both charged with Felony Grand Theft.