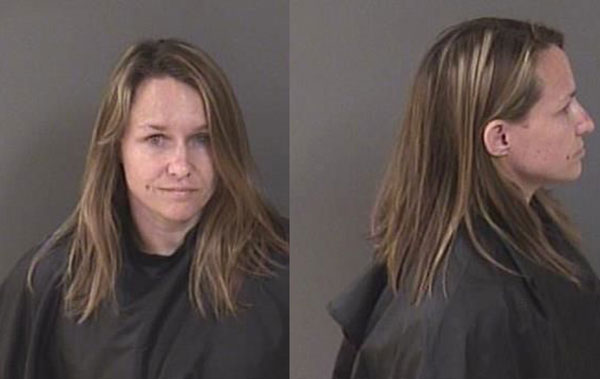 A woman was arrested after deputies found her with a shopping cart full of merchandise from Sears, according to the Indian River County Sheriff’s Office.

On Monday at approximately 4:05 p.m., deputies were dispatched to the Indian River Mall about a suspicious vehicle. The vehicle was stopped in the middle of the roadway with the driver asleep, according to the report.

The male driver, identified as William J. McMahon, told deputies he didn’t have any sleep. McMahon said he was arguing with his girlfriend the night before, the affidavit said.

As deputies were speaking with McMahon, a woman came out of the woods with a Sears shopping cart loaded with merchandise. The woman, identified as Christina Nicole Bowen, is McMahon’s girlfriend.

Bowen, 38, of Sebastian, then told deputies that she had just stolen the items from Sears prior to them arriving at the scene.

The total amount of stolen merchandise was $1,303.24. Sears stated they would pursue criminal charges.

Bowen was transported to the Indian River County Jail where her bond was set at $5,000.