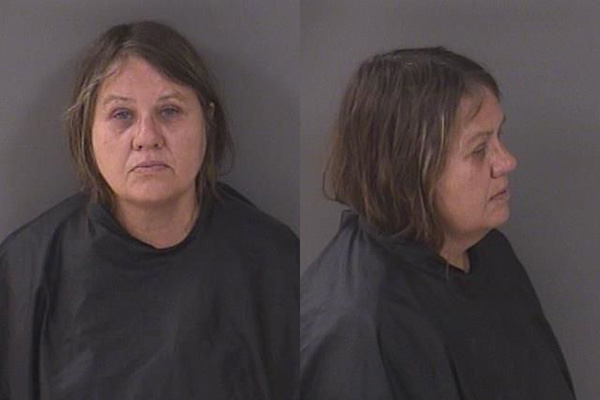 Sebastian Police received a call Saturday night about a woman telling kids they were going to be raped, throwing rocks at their house and calling their parents white trash, according to the report.

Officers responded to the 100 block of Nebraska Circle where they made contact with Nancy Elizabeth Nick who yelled that her neighbors were “fu***** as****** and won’t shut up,” according to the affidavit.

Nick, 59, denied throwing rocks at her neighbor’s home and continued to yell when law enforcement arrived. Police said this was the second time they were called to the residence on Saturday night.

The neighbor told police that they were in the back pool area when Nick began to scream at them to “shut the fu** up, that their kids were going to get raped, they should all die,” and called them “white trash,” according to the affidavit.

According to the neighbor, she asked Nick to stop yelling because small children were with them at their home. Nick then replied, “go fu** yourself mother fu****,” the report said.

While police were at the scene speaking with other neighbors, the kids came out of the victim’s home and advised officers that Nick was back at their home screaming and cursing at them over the fence.

“I then went to the backyard and listened with them, in doing so I heard Nick began to talk in a deep voice loudly telling them ‘your kids are going to get raped and fu**ing die’ and ‘no one likes you mother fu**ers and we are going to get you,'” the officer said.

Some neighbors also recorded the interaction with Nick and the victims.

Nick was arrested and charged with Disorderly Conduct.