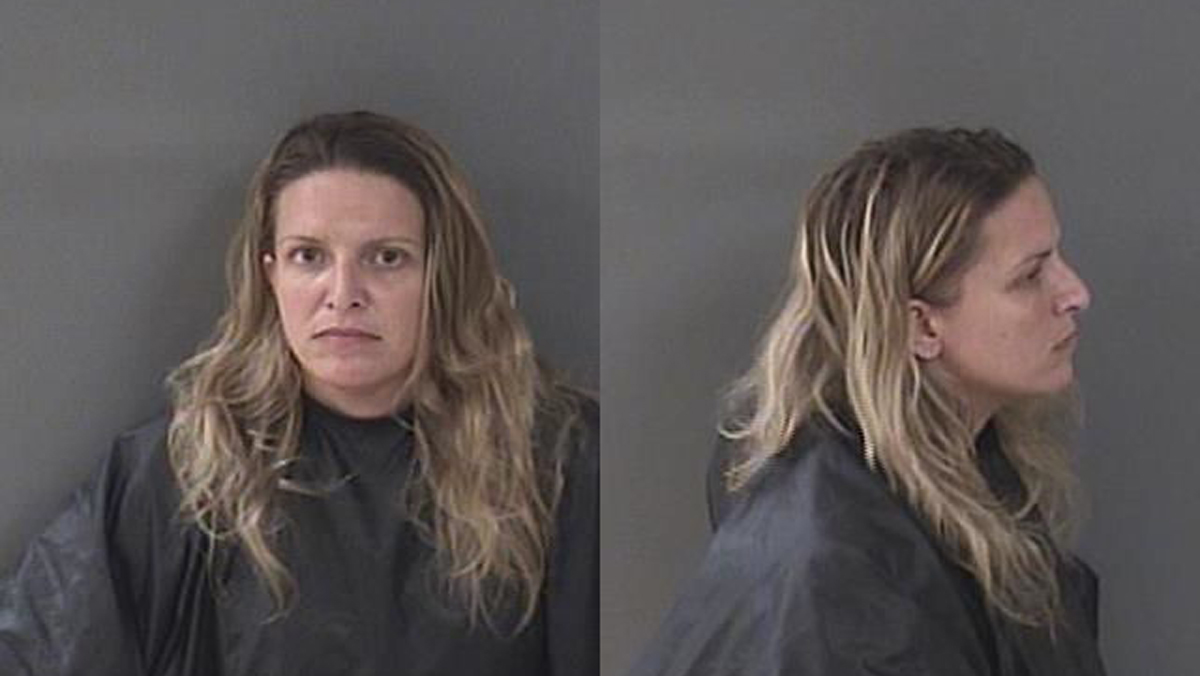 On Saturday, at approximately 12:15 p.m., several motorists called 911 to report a female driver acting erratically at the intersection of 102nd Terrace and CR-512 (Sebastian Blvd).

As deputies arrived, witnesses pointed to a vehicle at the Raceway gas station with its flashers on in the parking lot. Deputies drove up to the vehicle, attempting to conduct a traffic stop, but the driver accelerated and drove eastbound on CR-512.

Deputies attempted to make another traffic stop on the vehicle. The vehicle pulled over momentarily, then accelerated again, running through a red light, continuing eastbound at a high rate of speed.

“I initiated a pit maneuver. After pitting the vehicle, it became inoperable, at this time (the driver) was taken into custody,” the deputy said.

The driver was identified as 37-year-old Samantha Joanna Barone of Pompano Beach.

“A quick search was done on the driver’s immediate area locating a glass pipe with white residue on one end, which was identified as crystal meth,” the deputy said in the affidavit.

Barone was arrested and transported to the Indian River County Jail, where deputies located a small zip-lock baggie in her bra. The baggie contained a clear rock-like substance which field-tested positive for methamphetamine.

She was charged with Possession of Methamphetamine, Felony Flee & Elude, Possession of Drug Paraphernalia, and Resisting Arrest. Barone is being held on a $32,000 bond.