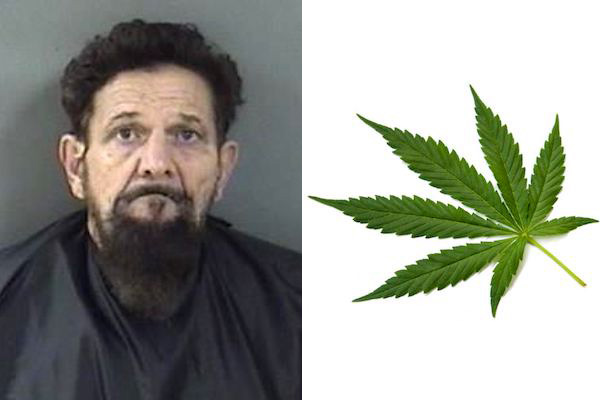 A medical marijuana patient was arrested after police found several plants at his home in Sebastian, Florida.

SEBASTIAN – A man who showed officers a Florida medical marijuana card was arrested for growing multiple plants at his home, according to the Sebastian Police Department.

On Tuesday at approximately 9:30 a.m., police were dispatched to the 700 block of Rolling Hill Drive in Sebastian in reference to a disturbance.

Sarnelli told police that he was in a verbal altercation with his female roommate, according to the report.

As officers entered the home, they observed a marijuana leaf on the kitchen counter. In addition, they saw multiple plants growing in pots in the backyard, the report said.

“I am sure you are going to ask me questions about my marijuana plants out back,” Sarnelli told officers while showing them a medical marijuana card, according to the affidavit.

While officers confirmed Sarnelli’s card, it is not for the purpose of cultivating marijuana.

Sarnelli told Sebastian police that he was unable to buy marijuana from a dispensary, but did have a bag of cannabis in the home, the affidavit said.

A search warrant was issued for the home, and police found the following items in the house:

It is unknown why Sarnelli was unable to buy marijuana using his medical card at a dispensary.

Sarnelli was transported to the Indian River County Jail where he is still being held on $2,000 bond.

Barefoot Bay couple back behind bars for drug trafficking