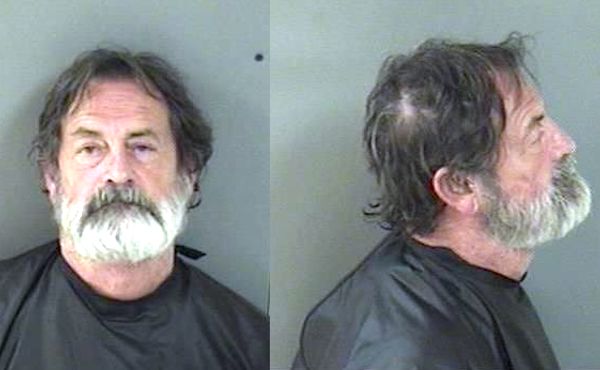 SEBASTIAN – A man called the Sebastian Police Department to report seeing his neighbor running down a driveway naked after a woman on Benschop Street.

The caller then told police the man and woman are married and that they are his neighbors. The female victim was trying to leave the residence. She then walked to the neighbor’s house and waited for the police to arrive.

The woman, who was allegedly intoxicated, told police that she was in an argument with her husband and wanted to stay the night at her condo in Stuart.

The victim told police she was sleeping in bed and that her husband dragged her out of the bed for no reason. The incident caused the victim to hit her head. An officer observed a small contusion on her head.

Officers walked over to the victim’s home and made contact with the victim’s husband, identified as 68-year-old William Trobaugh. Police immediately noticed that Trobaugh was completely nude in the dark with the front door partially open.

William, who was extremely intoxicated, put some shorts on and spoke with police. Officers said William “had a hard time walking and forming a coherent sequence of events,” according to the report.

However, he finally told police that his wife was a “silly cu**” and she “got silly before leaving to go get more beer,” the report said.

William denied that any physical disturbance had taken place between the two.

Based on the victim’s statements and injuries, William was arrested and transported to the Indian River County Jail where he was charged with Battery Domestic Violence.

2 Arrested for Theft at Reel’em In Bait & Tackle

Sebastian Woman Says ‘Demons’ Made Her Do It

Sebastian Woman Says 'Demons' Made Her Do It