Sebastian Man Screams “Man, I’m on Something” in Shopping Plaza 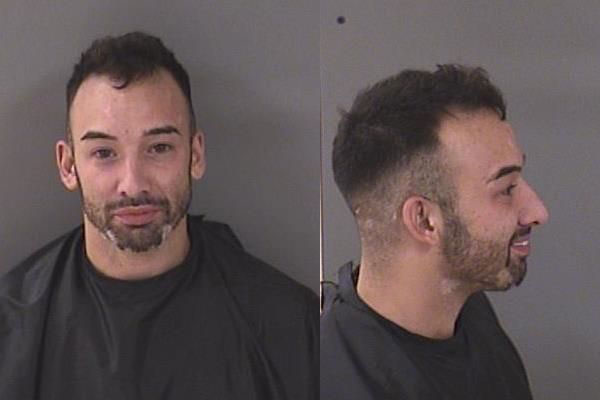 On Sunday, at approximately 2:00 a.m., deputies received a call about a man screaming “man I’m on something” and banging on office doors at the Pelican Shoppes plaza in Sebastian, according to the Indian River County Sheriff’s Office.

Upon arrival, a witness told deputies that there was a “drunk guy that keeps yelling” near the offices, according to the affidavit.

“I made contact with the suspect who later identified himself [as] Anthony Tarantino. Anthony was sweating profusely, wearing no shoes and unable to stand up straight on his own,” the deputy said.

Tarantino told deputies that he was at the plaza with a friend and only had one drink.

“I asked Anthony to walk me back to the apartment he was staying in, and once we got to the second floor of the complex, he stated he did not remember,” according to the deputy.

“I don’t fu**ing know where I’m staying, and I don’t want to talk to that bit**,” Tarantino told deputies, according to the report.

Tarantino was arrested and charged for disorderly intoxication and transported to the Indian River County Jail.

Tarantino is currently on probation for possession of controlled substances that started on October 20, 2018, and was scheduled to end October 24, 2020.