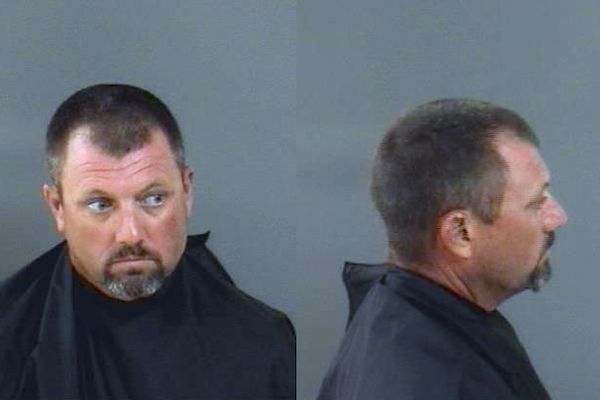 Man threatens Animal Control with a bat in Sebastian, Florida.

SEBASTIAN – A 42-year-old man was arrested after he threatened an Animal Control officer with a baseball bat, according to the Sebastian Police Department.

The Animal Control officer responded to the 400 block of Tunison Lane in Sebastian after receiving an animal welfare call. The officer stated he noticed a dog kennel in plain view in the backyard and attempted to contact someone at the front door and side garage door, but there was no response.

The officer saw five dogs with water, and everything appeared to be in good condition. So, he began writing descriptions of the dogs when a man at the residence confronted him.

Eric George Forster started yelling obscenities to the Animal Control Officer and demanded that he leave his property. The officer tried to tell Forster that he received a call about the welfare of the dogs, but that’s when things began to escalate, and police were called to the scene.

The Animal Control officer told police that while he was attempting to unlock his vehicle, Forster grabbed a black bat out of his truck and started to walk towards him with “an apparent attitude of attack.” The officer told police that he continued to scream and said he was “going to beat his brain in motherf*****” and “this sh** ends today,” according to the affidavit.

“The defendant continued to walk towards [the victim] while holding the bat at shoulder level and moving it in a circular motion,” police said.

As police arrived, they saw Forster walking back to his truck with a black bat in his hand, the report said.

Forster then said he retrieved the black bat out of his truck, which he referred to as a “nig*** knocker.” Forster said he grabbed the bat because he wanted to scare the Animal Control officer off his property. Forster also told police that he would shoot the officer if he came back on his property, according to the affidavit.

“The defendant also told me that if Marshall Law was to be allowed, he wanted [the victim’s] head on a stick along with his family’s heads as well,” police said.

Forster was charged with Felony Aggravated Assault on Code Inspectors and transported to the Indian River County Jail. He was released Wednesday after posting $5,000 bond.

Club Meg Wrestling in Sebastian Offers Program for the Youth