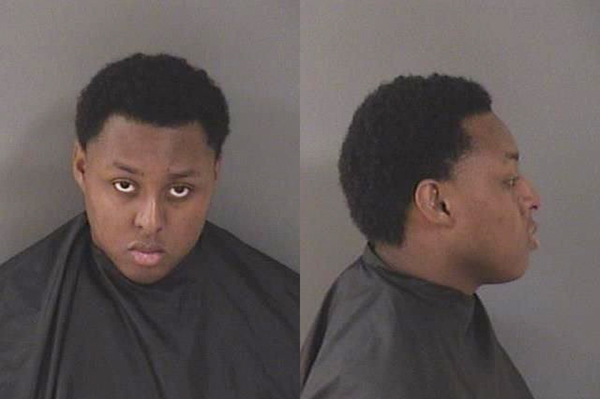 Deputies responded to multiple calls Friday afternoon about a man beating up a woman on the side of the road near 53rd Street, according to the Indian River County Sheriff’s Office.

The man, Brad Dondre Bygrave, 21, of Sebastian, told deputies he was in an argument with his mother about him being homosexual, according to the affidavit.

Bygrave stated that he punched his mother in the face, threw her on the ground, and then started kicking and punching her, according to the affidavit.

The mother (victim) said she was driving in the car with her son, and they were “casually talking.” She said her son “snapped” and punched her twice in the right side of the face with a closed fist. She then pulled the car over and exited the vehicle. The mother said Bygrave followed her towards the roadway where he picked her up and “slammed her to the ground.” She said her son then started to stomp on her chest and head and punching her everywhere.

“The victim stated while the attack was happening, the defendant screamed ‘I’m going to kill you and everyone else,'” according to the report.

Witnesses who called law enforcement said they witnessed Bygrave “body slam” his mother to the ground before stomping on her repeatedly.

The witnesses said Bygrave was punching his mother repeatedly before law enforcement arrived, the report said.

The mother was transported to Cleveland Clinic Indian River Hospital by rescue. The victim complained about pain to her face and back. The victim’s face was swollen, and she had a cut on her head and hand.

Bygrave was arrested and charged with Felony Battery. As of Monday afternoon, he is still being held on $5,000 bond at the Indian River County Jail.