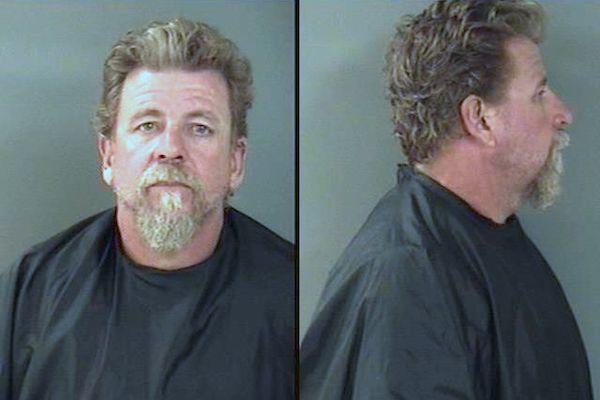 A Sebastian man was arrested after he allegedly head butted his girlfriend and wouldn't let her leave his own. (Photo: Indian River County Sheriff's Office)

SEBASTIAN – A 45-year-old man was arrested by the Sebastian Police Department on charges of Felony False Imprisonment and Battery.

On Monday, the female victim showed up at the front lobby of the Sebastian Police Department and stated that her boyfriend, Francis Ostrowski, allegedly kept her at his home against her will and battered her, according to the report.

The victim told an officer that she was staying at Ostrowski’s home, located in the 1000 block of Palmetto Avenue, when she attempted to leave after he had been consuming alcohol.

“When she attempted to leave, he stopped her by getting in front of her,” the officer stated. “As she argued with him to move out of her way, he became angrier and head butted her on the left side of her face and eye area.”

Ostrowski kept her there by standing in the way of the exit. After he head butted the victim, she was afraid to try and walk past him.

A male friend of Ostrowski’s showed up at his house and while speaking with him, the victim fled through a side door and left the area in her vehicle.

The victim told police they have never lived together and to not have children in common. They have been in a relationship for the past eight months.

“I observed her left eye which was black and blue and the side of her left face was swollen which was consistent with a head butt,” the officer said in the report.

Ostrowski was arrested and transported to the Indian River County Jail. Bond set at $2,500.