Sebastian man accused of punching, pushing woman out of a car 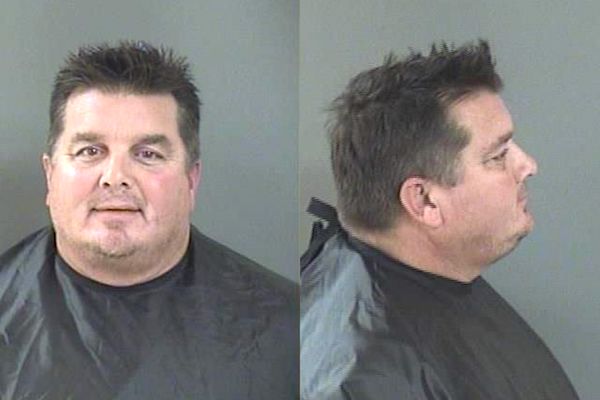 A local contractor was arrested on charges of battery domestic violence in Sebastian, Florida.

SEBASTIAN – A man who was accused of killing his girlfriend after running her over with his truck in 2015, was arrested on charges of battery domestic violence.

Sebastian police said Brian Coffey, 47, slapped his fiance, then punched her in the stomach. Coffey then allegedly pushed her out of the vehicle and drove off to their residence, the affidavit said.

The fiance said they were drinking at a local bar and the two were arguing because she wanted Coffey to drive a family friend home to Vero Beach. Upon hearing the argument, the friend found another way home, reports show.

On the way home, Coffey and his fiance began to argue about ongoing issues, according to the affidavit.

“Brian then slapped [the fiance] on the right side of her face with an open hand. At some point she exited the vehicle again at which time he exited the car and punched her in the stomach,” the officer said.

Police observed redness to the fiance’s cheek and had her transported to the Sebastian River Medical Center after she complained of stomach problems, reports show.

Officers called the family friend who said he didn’t see Coffey punch his fiance in the face. However, he did witness Coffey grab her and pushed her face into a car window, the affidavit said. The friend told police he left the car because he was tired of the two arguing, the report said.

Police said the fiance and the family friend appeared intoxicated. The report never indicated if Coffey was intoxicated or not.

Coffey was arrested and transported to the Indian River County Jail.

In 2015, Coffey was facing a charge of DUI manslaughter in the death of Janai Cooper, 39, an assistant principal at Glendale Elementary School. However, the State Attorney’s Office concluded that there wasn’t enough evidence to prosecute Coffey.

At the time, Coffey told investigators he was leaving to buy cigarettes when he accidentally ran over Cooper. Coffey stated he did not realize Cooper was behind the vehicle outside their home. He told police that the truck’s windshield was foggy and as he backed up, he heard two thuds, which he initially thought were from running over debris, the affidavit said.

A deputy who arrived at the scene said Coffey was “slurring his words,” had a “strong odor of alcoholic beverage coming from his breath” and was holding a large “Crown Royal bottle that was half empty.”

Coffey admitted to drinking beers during the day, and then Crown Royal after running over the victim, the report said.

The FDLE lab estimated his blood alcohol level was .035 to .045, or well below the .08 legal limit. No drugs were found.

In July 2016, the State Attorney’s Office announced they reviewed the evidence and concluded it didn’t show that Coffey “was under the influence to the extent his normal faculties were impaired.”