Neighbors said a man was acting erratic on a seawall in Sebastian, Florida 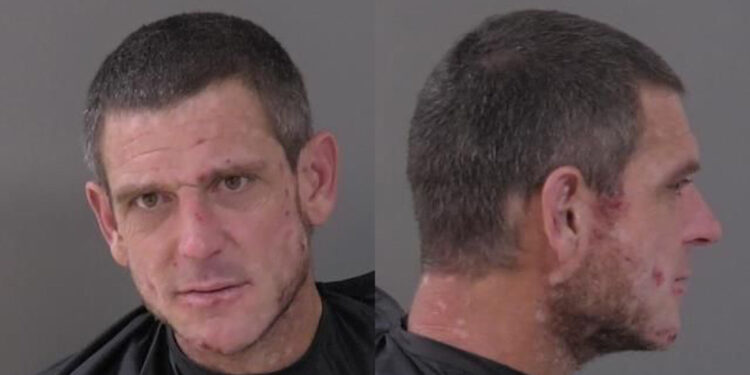 A 41-year-old man was arrested and charged with drug paraphernalia after neighbors said he was acting erratic on a seawall in Sebastian, Florida.

The Sebastian Police Department received a couple of calls from the 600 block of Layport Drive about a man kneeling on a seawall behind a house with his head toward the water while talking to himself, the officer said.

Neighbors called 911 because the man was acting erratic, and they were worried about his welfare near the seawall. The man was identified as Timothy Arthur Watts of Sebastian.

“I made contact with him, and it appeared that he was under the influence of an unknown narcotic. I also observed numerous lesions all over his face and hands, consistent with that of chronic drug users,” the officer said.

When police confronted Watts, he became defensive about what he was doing and said he was “throwing sh*t at the fish.” His voice became loud, and he said he was not “talking to himself or the fish, but was on his phone using Bluetooth headphones that were in his pocket,” the affidavit said.

The officer observed a small pair of scissors and a cylindrical glass pipe that was broken and burnt on one end, containing a copper material known as “chore boy.” The device and material is commonly used for smoking crack cocaine and other rock-type narcotics.

Watts told the police that it was someone else’s pipe and that he was a “heroin and fentanyl user.”

One of the callers said she was fearful about how he was acting and did not want him coming into her backyard.

Watts was transported to the Indian River County Jail, where his bond was set at $500.00.

According to jail records, Watts has been arrested more than fifteen times since 2006 on charges of shoplifting, DUI, forgery, petit theft, burglary, grand theft, fraudulent use of a credit card, driving on a suspended driver’s license, drug paraphernalia, criminal mischief, and trespassing.

Top 5 Businesses During 2022 in Sebastian, Florida