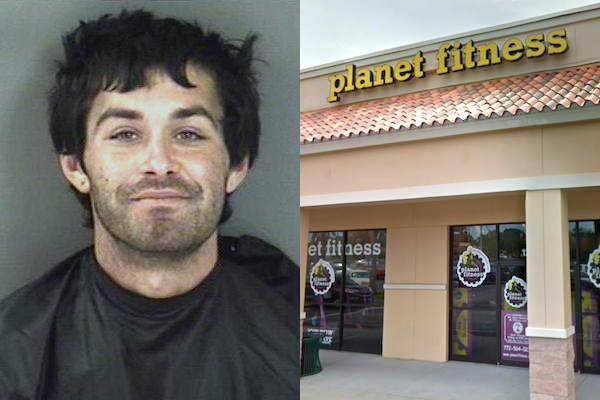 VERO BEACH – A 25-year-old man was arrested after employees at Plant Fitness called law enforcement about a man committing an indecent act in the parking lot, according to the Indian River County Sheriff’s Office.

The incident occurred at a plaza in Vero Beach, located at 1295 U.S. 1 Highway, in front of the Planet Fitness where a utility worker said Fishman was naked and talking to himself, the report said.

“I observed a white male with no shirt, no shoes, and jean pants that were low enough to expose his sexual organs,” the deputy said.

Fishman was rambling and making no sense of any sentences. He was having difficulty concentrating and was continuously moving his hands in and out of his pockets, according to the deputy.

Employees at Planet Fitness called law enforcement to report the subject over concern for the safety of the public.

Fishman told police that he took heroin a couple of hours prior and said he was trying to get to his father’s house.

The deputy said it was the second time law enforcement made contact with Fishman in the same shopping plaza. Earlier in the day, he was given an opportunity to go home and to move away from the location.

After deputies left the scene the first time, Fishman decided to return to strip off his clothes and behave erratically in front of Planet Fitness with approximately 20 customers inside the business.

Fishman was transported to the Indian River County Jail for processing.