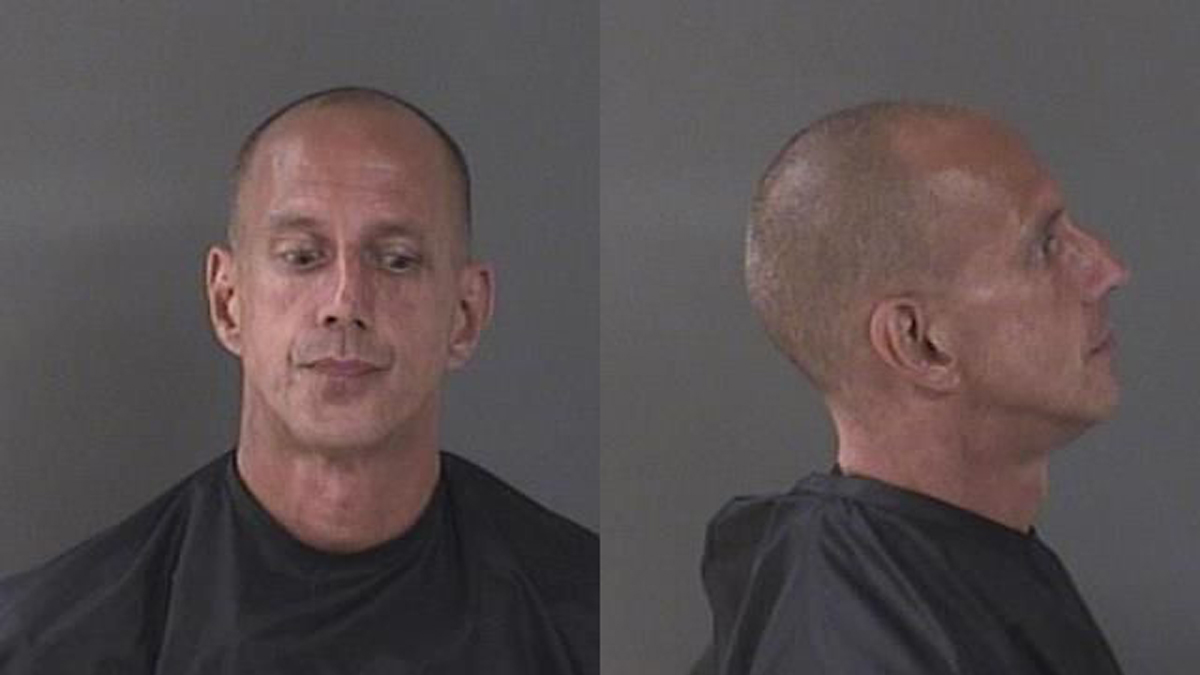 On Tuesday, a Sebastian homeowner called the Sebastian Police Department after seeing a naked man in his backyard jumping on a trampoline. The suspect told police he was “hanging out” and enjoying the outdoors.

At approximately 11:30 a.m., officers were dispatched to the 400 block of Concha Drive, where they observed the naked man. The man was identified as Michael Renaud.

“I observed Renaud jumping on the trampoline without any clothes on. Renaud was dripping with water and appeared to have recently been in the swimming pool,” the officer said.

Renaud, 50, told police he didn’t know the homeowner but thought they were “snowbirds.” The naked man said he was living in Sebastian and just wanted out of the house, the affidavit said.

“Renaud was asked what he was doing on the property, to which he replied he was just hanging out and enjoying the pool. Renaud stated he did not hurt anything, and he only took a bottle of water out of the refrigerator located on the back porch,” the officer said.

As Renaud pointed to a half-empty water bottle, police discovered a pair of gym shorts with a key in them.

Police then reviewed the video surveillance from cameras located around the residence. On the videos, Renaud was observed lifting the doormat of the front door looking underneath.

Without any clothes on, he was also observed trying to gain entry to the side door of the residence. Renaud also concealed himself behind the garbage cans located next to the side door. Police also listened to the audio from the videos.

“While in the backyard of the residence, Renaud was on the phone with an unknown individual stating he was going to live at this residence,” police said.

As police looked around the residence for any signs of forced entry, they found the bottom portion of the door track removed and set off to the side. A grill located on the back porch also had the protective cover lifted up, and the pool was covered by a black tarp which was pulled back.

Renaud said he was trying to gain entry to the home because he had to use the restroom and didn’t want to “urinate outside.” He also admitted to pulling the cover off the grill because he was looking for food from the refrigerator. Renaud then said he took a swim in the pool.

“Renaud was asked if he was currently under the influence of narcotics, to which he stated he had not used methamphetamines since the night prior,” the officer said.

The homeowner told police he didn’t give anyone permission to be on his property or take water from his refrigerator.

Police discovered that Renaud was in violation of his probation in Brevard County for a previous arrest in Barefoot Bay in November 2020.

Renaud was charged with burglary, theft, and violation of probation. He was transported to the Indian River County Jail, where he is being held without bond.

In November 2020, Renaud was arrested in Barefoot Bay after allegedly chasing his girlfriend around with a hammer. The victim told deputies that he was “verbally and physically abusive.”

The victim stated she was helping him pack his home when he struck her with an open hand in the back several times. According to the affidavit, the victim said Renaud tried to strike her with a hammer and a mini Louisville Slugger baseball bat.

Renaud was arrested and charged with aggravated assault, domestic violence, and battery.