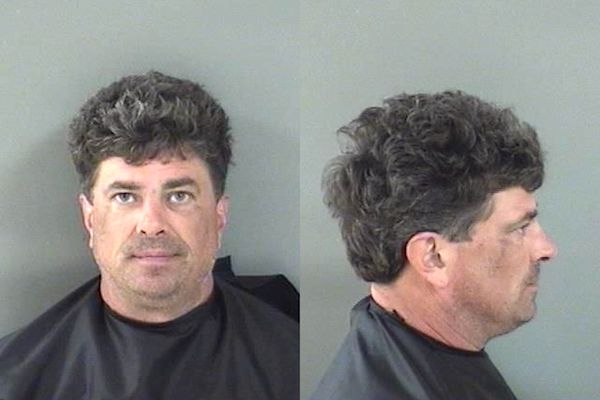 VERO BEACH – A man told police he just “wanted to smoke some pot” as he was running around naked in the Publix Parking lot, according to the Indian River County Sheriff’s Office.

As deputies arrived at the location, 1255 U.S. Highway 1 in Vero Beach, they observed Jonathan Thomas Boettcher in the parking lot without a shirt on, and his basketball shorts around his knees “with no undergarments on,” according to the report.

“The suspect was swinging his arms in the air and screaming loudly. Boettcher uttered, ‘I only had one beer’ and ‘I only wanted to smoke some pot’ and sweating uncontrollably,” the deputy said.

Two witnesses said Boettcher was screaming and yelling while kicking trash cans in the parking lot. They said Boettcher entered the Publix and shouted “You’re not the one,” before leaving the store.

Boettcher was also seen stopping traffic near Publix while screaming at vehicles. At one point, Boettcher allegedly punched several vehicles.

Boettcher told deputies that he drank one beer in the homeless camp behind Publix and smoked a small amount of marijuana. He said he pulled his shorts down because “a friend had driven by and ‘mooned’ him, so he was ‘mooning’ him back,” the deputy said in the report.

When asked why he was naked, Boettcher said he wasn’t used to the Florida heat.

Boettcher was arrested for Disorderly Intoxication. A judge has sentenced him to 45 days in the county jail.