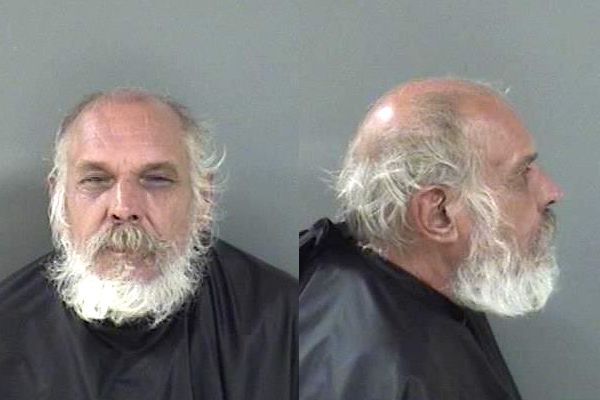 SEBASTIAN – The man who was arrested in 2015 for walking down U.S. Highway 1 naked has returned, according to the Indian River County Sheriff’s Office.

Since Sunday, the man was seen at multiple locations without clothing. He was first seen naked in Wabasso behind Dose Vapor while trying to make a bed outdoors. He disappeared before deputies arrived.

Approximately a day later, he was walking around naked in the men’s bathroom at McDonald’s near Roseland. When law enforcement arrived, the man was gone.

Then, on Wednesday morning, several people called law enforcement to report a man urinating in the public near the Hale Groves building on U.S. Highway 1. But when deputies arrived, the man could not be found.

Deputies finally caught a break when motorists called about a naked man walking down U.S. Highway 1 near the Citgo gas station, south of Sebastian, according to the report.

By this time, the man had put on a pair of jeans and was drinking a bottle of wine with the cork floating in it.

“Upon arrival, I observed a white male wearing only jeans,” the deputy said.

The man, later identified as Larry Wayne Langeford, was very unsteady on his feet. Langeford told the deputy he didn’t know where he was. He was also standing next to a puddle, which was described as urine, the report said.

Langeford was arrested on charges of Disorderly Conduct. He is still in the county jail on $1,000 bond.