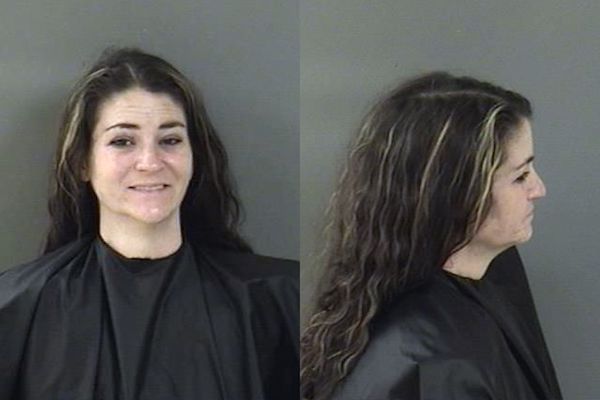 SEBASTIAN – A motorist called law enforcement about a woman driving recklessly on U.S. Highway 1, according to the Sebastian Police Department.

A police officer spotted the vehicle behind him, described as a red Hyundai, as it was driving north.

“I observed the vehicle directly behind me go over the white fog line and off the roadway with its right tires,” the officer said.

The vehicle then passed the officer in the left lane as its left tires crossed over the yellow fog line on the road, according to the affidavit. It was at this time the officer conducted a traffic stop near Wells Fargo Bank at 1524 U.S. Highway 1 in Sebastian.

Emily Davison, who told police she works as a bartender, admitted to drinking three beers approximately one hour prior, the affidavit said.

Police said that upon exiting the vehicle, Davison, 29, appeared to be “unsteady on her feet” and could smell “the odor of alcohol coming from her person.”

Davison agreed to submit to roadside exercises to determine her sobriety.

Following the exercises, the officer determined that she was too impaired to drive. Davison refused to provide a breath sample for a breathalyzer test.

It was also determined that her driver’s license was suspended since 5/1/2018.

Davison was charged with DUI, and for driving on a suspended license. She was transported to the Indian River County Jail.