Man suffers multiple fractures after being punched outside a Sebastian bar 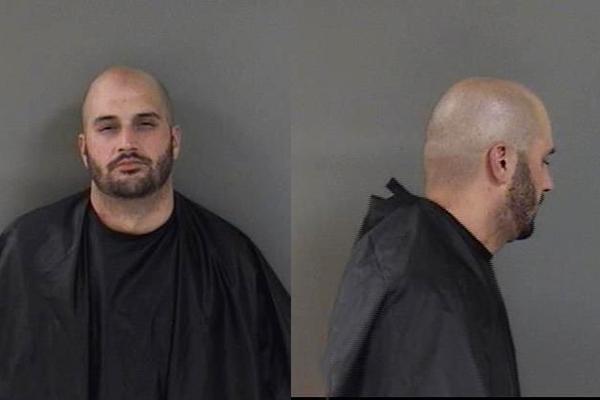 Police said a 33-year-old man is behind bars on a $20,000 bond after he was arrested early Wednesday for punching a patron multiple times at Earl’s Hideaway Lounge.

The incident occurred just after midnight when Matthew John Dennison, of Sebastian, was playing pool with the victim. The victim told Dennison that he wanted a marijuana joint. The victim said he didn’t have a joint, at which time he walked away from Dennison and began smoking a cigarette on the back patio of the establishment, according to the affidavit.

The victim said Dennison followed him to the back patio, at which time Dennison became very angry. The victim told Dennison to “get out of his face” approximately three times. The victim then pushed Dennison away, and that’s when he was punched several times, the affidavit said.

According to the victim, Dennison knocked him to the ground near some bushes and trees on the back patio.

“[The victim] said Matt [Dennison] got on top of him and began to punch him numerous times in the face, knocking [the victim’s] glasses off his face and causing them to break,” the officer said.

The victim was transported to the Sebastian River Medical Center, where he was treated for a fracture on his left eye socket and another fracture on his nose. The victim also had multiple lacerations to his mouth, police said.

Sebastian police observed bloodstains on the outside patio as well as the other half of the victim’s glasses were lying on the ground. Officers then made contact with Dennison.

“I did not observe any immediate injuries to the exterior of Dennison’s face. Dennison had blood on the front of the jacket he was wearing, as well as the sleeves of the jacket,” the officer said.

Dennison told police that the victim placed his hands around his throat. Dennison said he then pushed the victim to the ground because he was afraid of being killed.

“[The victim] put his hands around my neck, and I removed his hands from my throat,” Dennison told officers, according to the report.

Dennison denied punching [the victim] in the face and said he only shoved him to the ground before going back inside to the bar.

After reviewing video surveillance provided by the bar management, Dennison was arrested for Felony Battery and transported to the Indian River County Jail.

On the way to the jail, Dennison told police he was going to treat them “like a nig*** in Gifford” and eat their children. Dennison then stated he was “going to blow” their heads off when he gets out of jail, according to the affidavit.

Police then charged Dennison with Corruption by Threat. He is still being held on $20,000 bond.

Editorial: Squid Lips in Sebastian is here to stay

Editorial: Squid Lips in Sebastian is here to stay