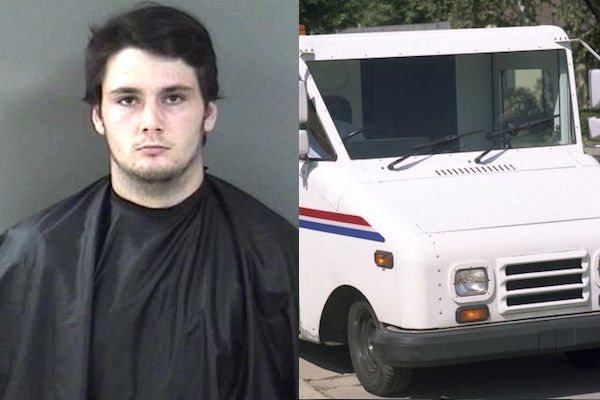 A Vero Man beach was arrested after exposing himself to a female mail carrier.

VERO BEACH – A man was arrested after he allegedly exposed his sexual organs and masturbated while following a mail carrier in Vero Beach.

Thomas Patrick Spencer, 19, was seen driving a black Toyota Tundra pickup truck as he followed the victim from a cell phone repair shop and into a mobile home park.

The victim, who is a mail carrier for the U.S. Postal Service, said she had dropped her cell phone at a repair shop in Vero Beach. She then noticed the black pickup truck following her as she resumed her mail route.

The female victim wrote down the license plate and went to one of the mobile homes where she was delivering mail to call the police. The owner of the home also witnessed the indecent act from Spencer in the black truck.

Deputies gathered all the information and plate number from the truck after making contact with the victim and witness.

About an hour later, deputies went to Spencer’s home after tracing the plate number, where the victim and the witness also positively identified him as the man they saw exposing himself.

Spencer admitted that he followed the female mail carrier from the cell phone repair store to the mobile home park because he “thought she was attractive,” the report said.

Spencer was arrested on a charge of Exposure of Sexual Organs and transported to the Indian River County Jail.