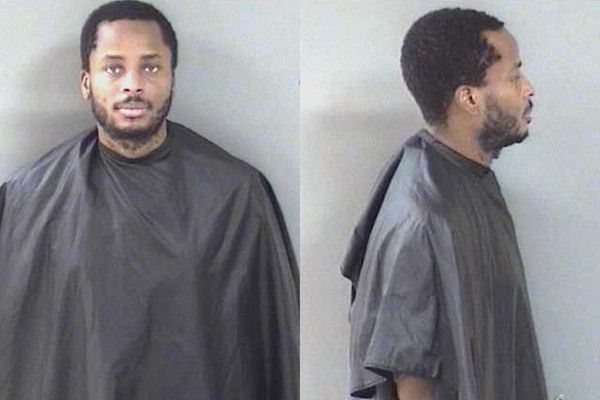 Andre Darien Bonner, 38, hit his mother in the face multiple times during an argument about finances. Photo by Indian River County Sheriff's Office.

VERO BEACH – On Monday, at approximately 6:00 p.m., a woman called law enforcement alleging that her 38-year-old son hit her in the face repeatedly before going into his bedroom, according to the Indian River County Sheriff’s Office.

Upon arrival, deputies met with the mother who had bruising and abrasions to her face. She also had blood coming from her lip, the report said.

She said it all started when she asked her son, identified as Andre Darien Bonner, to start contributing around the home financially, according to the arrest affidavit.

Bonner has been getting increasingly frustrated with his mother every time she asked him to start contributing.

When the mother asked Bonner when he could start contributing, he became furious and shoved her to the ground in the kitchen. Bonner then began hitting her with a closed fist on the right side of her head, the arrest affidavit said.

Bonner then allegedly told his mother “you need to stop telling me what to do or this will keep happening.” He then went into his bedroom.

Bonner was arrested for Battery Domestic Violence and was transported to the Indian River County Jail. Bond set at $2,000.00.

Deborah “Do Do” Munro, 60, of Sebastian – Obituary

Deborah "Do Do" Munro, 60, of Sebastian - Obituary