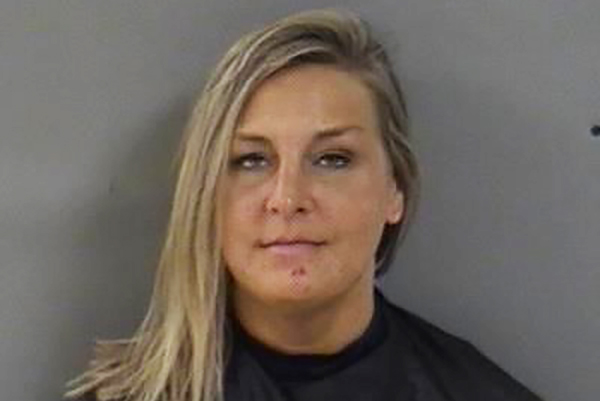 Allison Michelle McNeal is the tourism director for the Indian River County Chamber of Commerce.

The director of tourism for the Indian River County Chamber of Commerce was arrested Sunday morning after punching a police officer at IHOP, according to the Vero Beach Police Department.

Allison McNeal, 40, was charged with Battery on a Law Enforcement Officer, Resisting Arrest, and Trespassing.

An IHOP employee said McNeal walked into the Vero Beach restaurant after 3:00 a.m. and began “yelling and acting irate” towards several customers.

When police arrived, they issued McNeal a trespass warning and asked her to leave.

“I advised she was issued a trespass warning, and if she returns to the property, she would be arrested,” the officer said.

McNeal attempted to leave IHOP but then returned. Another officer explained the trespass warning a second time. McNeal walked up to a vehicle passing by and attempted to get in, according to the affidavit.

“The passengers of the vehicle advised McNeal she was not allowed inside their vehicle,” the officer said. McNeal turned around and walked back to the IHOP, where she was told a third time to leave the property.

“McNeal became irate towards me and lifted her right arm in an aggressive manner by balling it up into a fist and proceeded to punch me. McNeal missed my face and struck my left bicep,” the officer said.

While being detained, McNeal resisted and proceeded to pull away from the officers, the affidavit said. After a brief struggle, officers advised McNeal she was under arrest.

McNeal was transported to the Indian River County Jail where her bond was set at $4,500.

Last month, the Sebastian City Council reinstated a man after he was arrested for battering a Sebastian Police Officer. Dr. Robert Bedea, a Natural Resources Board Member, was reinstated in a vote 4 to 1.

Sebastian council members Damien Gilliams and Pamela Parris led the motion to bypass a hearing and voted to reinstate Bedea. It was later discovered that Gilliams and Parris are friends with Bedea and worked with him at the self-proclaimed Sebastian Property Owners Association.

Sebastian residents invited to ‘Refuse to be a Victim’ on Jan. 7th

Sebastian residents invited to 'Refuse to be a Victim' on Jan. 7th