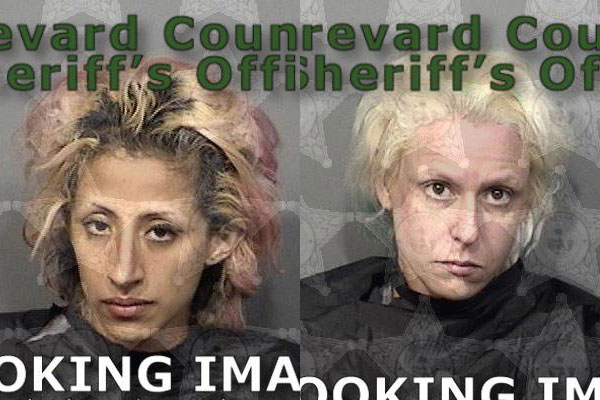 Two women from Grant were arrested for trying to pass a $5 bill.

Two women from Grant were arrested for trying to pass a fake bill because they didn’t want to “miss out” on an easy $5, according to the Melbourne Police Department.

On Tuesday, at approximately 11:20 a.m., police received a call from a Wendy’s fast-food restaurant about two women trying to pass a fake $5 bill. The two women were identified as 29-year-old Diana Elizabeth Arias and 31-year-old Marie Louise Davis.

Arias told police that she received the $5 bill from Davis to purchase drinks from Murphy gas station. However, the cashier noticed the bill was fake and handed it back. Arias said the two walked over to Wendy’s and tried to use the fake bill again. Employees asked them both to leave and called the police, the affidavit said.

“When asked why she attempted to make a purchase with the same $5 bill that she was notified of being fake, she stated she did not want to ‘miss out’ on an easy $5,” the officer said.

Police then spoke with Davis, who gave the same story as Arias. Davis said she received the $5 bill after a narcotic transaction and denied knowing it was fake, according to the report.

Davis also told police that she hid methamphetamine in her vagina in case she came in contact with law enforcement while passing the fake $5 bill, according to the affidavit.

“The bill says ‘replica’ on the front and is clearly visible with no obstructions,” the officer said.

Arias and Davis were charged with Felony – Utter Forged Bill Check Draft or Note. Davis was also charged with possession of meth. They were transported to the Brevard County Jail.