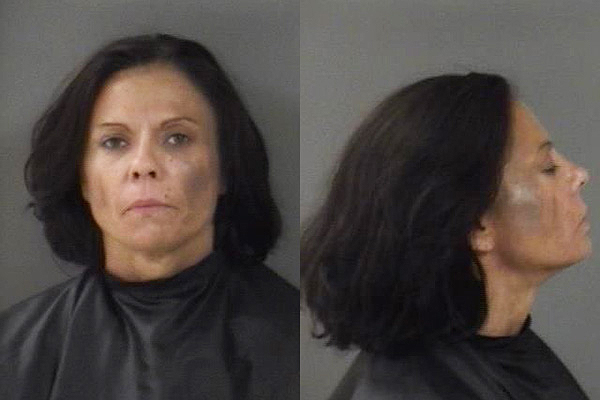 Tawana Jean Igo of Grant was arrested in Sebastian, Florida.

Sebastian police say a woman was arrested early Tuesday after officers found 27 pills that were identified as Alprazolam, and a box containing methamphetamine and heroin.

Tawana Jean Igo, 41, of Grant, was charged with Felony Possession of a Controlled Substance without a Prescription, Methamphetamine Possession, and Heroin Possession.

At approximately 12:05 a.m., police conducted a traffic stop on a Ford pickup near Ay Jalisco’s restaurant on U.S. Highway 1. The tag on the truck was not assigned to any vehicle, according to the affidavit.

Police called a wrecker to have the truck towed. While doing an inventory of the vehicle, they found a box next to Igo that contained 27 pills, methamphetamine, heroin, multiple plastic bags, and several syringes.

Officers questioned a passenger who said the drugs belonged to Igo and that she intended to sell the pills, according to the report.

Igo was transported to the Indian River County Jail where she is being held on $15,000 bond.

According to jail records, Igo was arrested in 2016 for Felony Possession of a Controlled Substance without a Prescription, and two counts of Drug Paraphernalia.

In 2017, Igo was arrested for Felony Possession of Hydrocodone and Drug Paraphernalia.

Tree Trimmer Dies After Being Electrocuted in Sebastian

Tree Trimmer Dies After Being Electrocuted in Sebastian