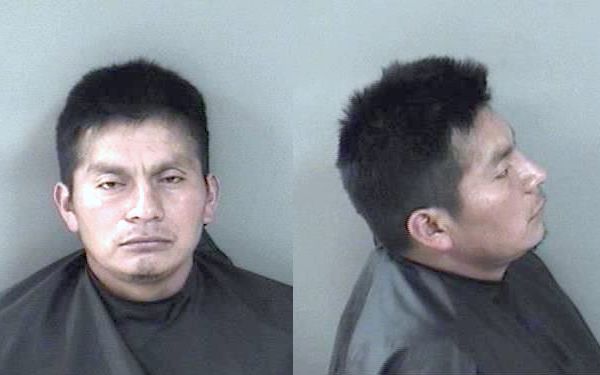 A man who called the Fellsmere Police Department was told not to abuse the 911 service just because he can’t solicit women for sexual services.

Juan Hernandez, 36, has called 911 on multiple occasions because he’s unhappy that he cannot solicit women for sex in Fellsmere. The night before, he called the police to complain about a prostitute trying to take money from him while he was attempting to solicit for sexual services.

Officers with the Fellsmere Police Department had already told Hernandez that it was a crime to solicit a prostitute.

While officers were speaking with Hernandez, they were flagged down by a woman who said the suspect was angry because he tried to offer her money for favors.

A Deputy with the Indian River County Sheriff’s Office was also called to the residence earlier in the day about the same complaint.

The Deputy “told Juan that he could not abuse 911 because he was not happy with not being able to solicit a woman for sexual services,” the report said.

A woman who knows Hernandez said the subject was acting belligerent and drunk throughout the day. She advised that he keeps calling 911 and hanging up “because he isn’t getting what he wants,” the report said.

Officers asked the witness what Hernandez wanted, and she advised that he keeps trying to offer women money for sexual services.

Police again informed Hernandez that he needed to stop calling 911 about soliciting women, and to stop offering money to women for sex or he would be arrested.

That’s when Hernandez shouted, “Yea well suck my f****** d***” at which point he was arrested for disorderly intoxication. The subject was then transported to the Indian River County Jail where bond was set at $5,000.