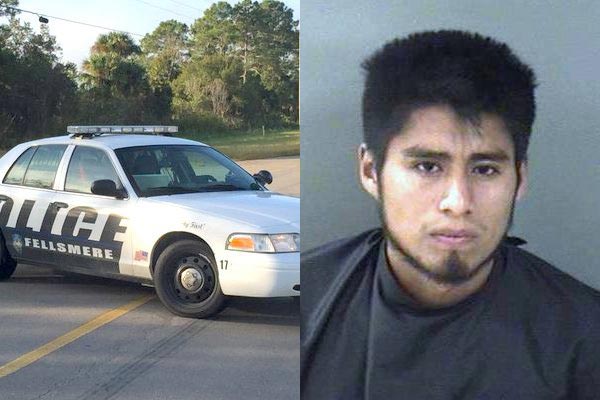 Fellsmere man arrested for DUI with only a Mexican passport.

A 22-year-old man was arrested for DUI in Fellsmere early Friday morning with no driver’s license. Police said he only had a passport from Mexico.

Ernesto Gomez Sanchez was driving a Ford F-150 pickup truck on CR 512 and 108th Avenue. A Fellsmere Police officer observed the truck weaving in and out of its lane.

“The motorist weaved within the lane, crossed over the fog line, traveled at speeds between 44 and 62 mph in a posted 45 mph zone, and stopped at a green light,” the Fellsmere Police Department said in a statement.

At one point Sanchez almost rear-ended another vehicle slowing to make a turn. The Ford pickup then stopped in the middle of the roadway on a green light. The officer then initiated a traffic stop.

“During the initial contact with him, the officer noted the odor of an alcoholic beverage emitting from the vehicle and his breath, bloodshot, glassy eyes, and two opened bottles of Corona beer behind the driver’s seat. A bottle of Tequila and a bottle of Margarita mix were also located,” police said.

Sanchez handed the officer a Mexican passport. The officer learned that Sanchez has never been issued a Florida Drivers License.

Sanchez refused to submit to field sobriety exercises. He was arrested and transported to the Indian River County Jail where he was charged with DUI and driving without a drivers license.